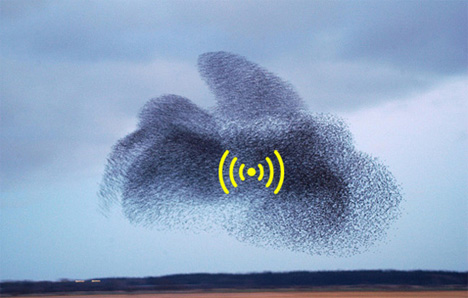 When natural disasters, terrorist attacks or overloaded systems knock out mobile communications, the most important thing is to get an emergency communications system up and running. That is infinitely easier said than done, however, and to date no one has figured out a great way to get it done quickly. Now, a team of scientists at Swiss Federal Institute of Technology in Lausanne has devised a concept to get rudimentary communications functions in place swiftly after disaster strikes – and it involves flying swarms of little robots. 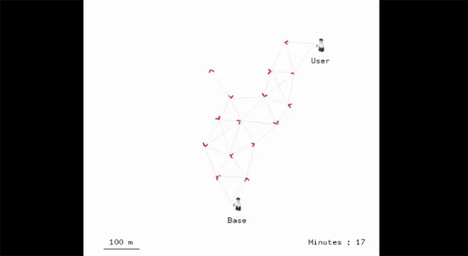 According to the team, “swarming micro air vehicles” could establish wireless networks powerful enough to allow rescue workers and survivors to make essential contacts. Each of the tiny vehicles would carry a transmitter in its wing to emit a wireless signal; together, a fleet of flying robots would be able to establish a network strong enough to transmit voice, images, videos and data.

The little ‘bots are lightweight and battery controlled, and they would be able to fly for around 30 minutes before needing a recharge. The main goal of the researchers over the next few years will be making the robots more robust and durable so that they won’t be swept away by strong winds or ruined by rain. Not surprisingly, the team is taking some design cues from nature, using swarming insects as inspiration.