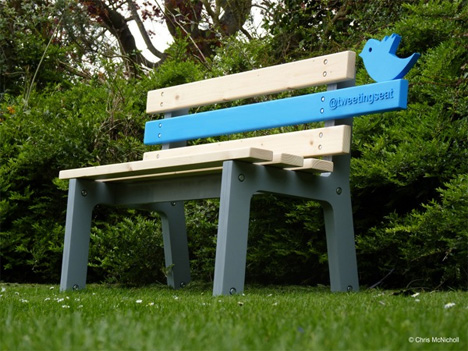 It is obvious that Twitter has invaded our lives and changed the world drastically, but there is still a definite separation between the digital realm of Twitter and the physical world we exist in when we aren’t online. Chris McNicholl, a design student at the University of Dundee in Scotland, is bringing a bit of Twitter to the real world – and a bit of the real world to Twitter.

McNicholl’s TweetingSeat is a park bench that senses when someone sits on it and snaps two pictures simultaneously. One camera is mounted on the bench itself and another is mounted somewhere in the surrounding area. The first camera takes a picture of the bench’s immediate surroundings while the second snaps a photo of the bench and its occupants. 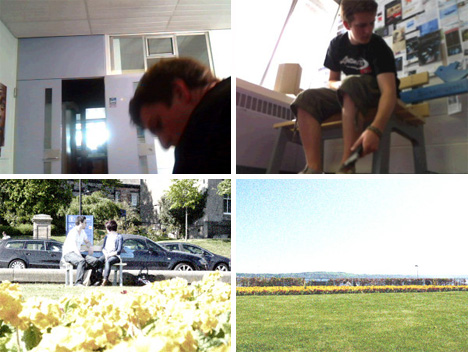 The pictures are immediately posted to the bench’s twitter feed, allowing visitors to see who is hanging out at the TweetingSeat and see how different people use the public space where it is situated. The purpose of the bench is intentionally left up to the users so that they can decide what its purpose is and how they should interact with the unique object.