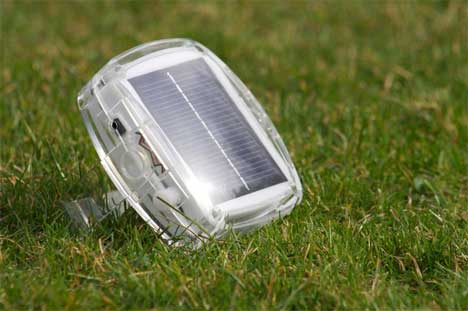 In rural Africa where electricity is scarce, kerosene lamps are often used for light. Besides being prohibitively expensive for the poorest families, kerosene lamps are also extremely dangerous and a major cause of death around the world. Replacing kerosene lamps as the primary source of light in the developing world could save millions of lives as well as saving users money. Plus Minus Solar has a solution that will improve the lives of those in developing countries while also providing a useful product for those in the developed world. Plus Minus Solar’s Solar Pebble is a small solar powered lamp that charges easily, either on the ground or strapped to a backpack. It provides a light that is much safer than the improvised kerosene lamps currently used in many parts of the world. 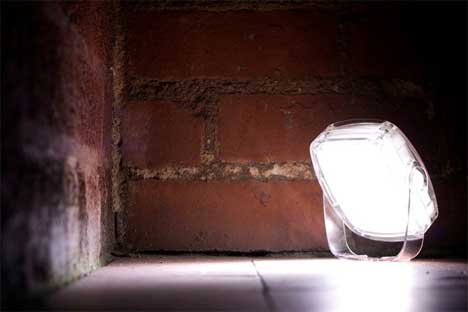 But the product isn’t only geared toward developing nations: it’s also going to be sold in the UK, where festival-goers, campers and anyone who needs a clean source of light can make use of the Solar Pebble’s power. It can even be used as a mobile phone charger, coming to the rescue of anyone who’s ever been caught away from home with a low battery. The ratcheting handle allows it to sit on the ground, be carried in one’s hand, or be strapped to a tent or backpack to soak up the sun during the day. And when the sun goes down, the handle allows the user to prop the light up at the needed angle or hang it from above. The company plans to launch the product in Africa in June 2010; the Solar Pebbles will be assembled in factories in the target countries, adding another level of commitment to healthy social change in areas that need it the most.