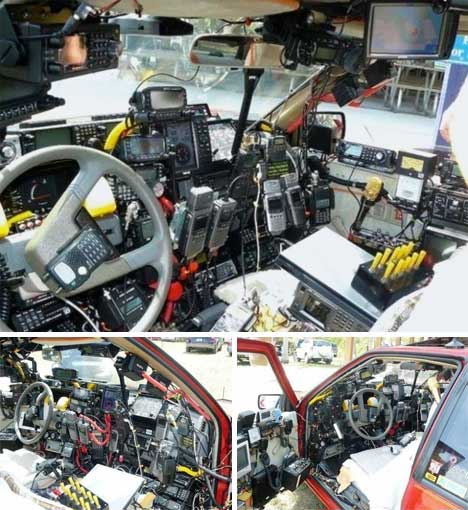 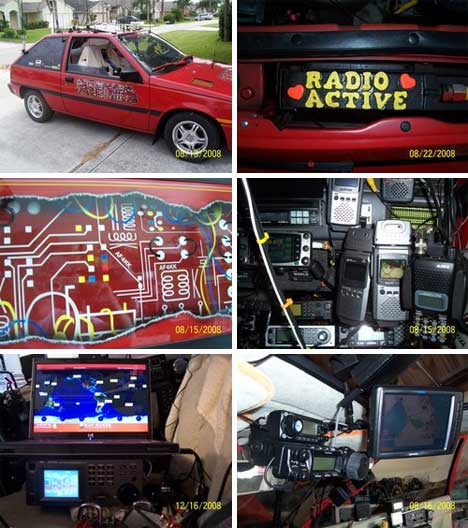 The “Radio-Active” car, which resides in Jupiter, Florida, isn’t all talk. It’s also got some attractive additions that add to its already-considerable geekish charm. Awesome painted graphics on the hood, side door and gas cap door are definitely nice touches, but the hydraulic system is especially awesome. Inside, an HP laptop and GPS system help the driver plot out ham stations and keep track of all of the equipment. 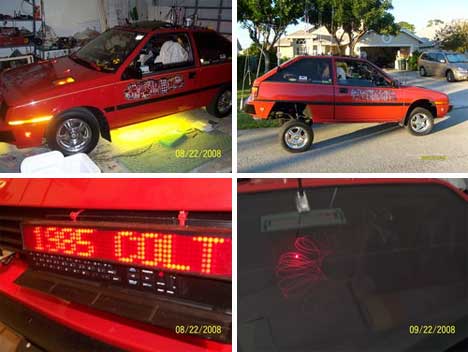 Maybe coolest of all are the light accents: a layer of yellow LEDs on which the car seems to “float,” a scrolling LED marquee on the front, and a crazy laser projector that draws pictures on the rear window. Most of the additional equipment is run on a stock battery, but the car also features four additional batteries to keep up with the energy-demanding load of all of that gear.

See more in Art Vehicles or under Transportation. April, 2010.