10,000+ Subscribers
Sun Fluctuations Change the Length of Days on Earth 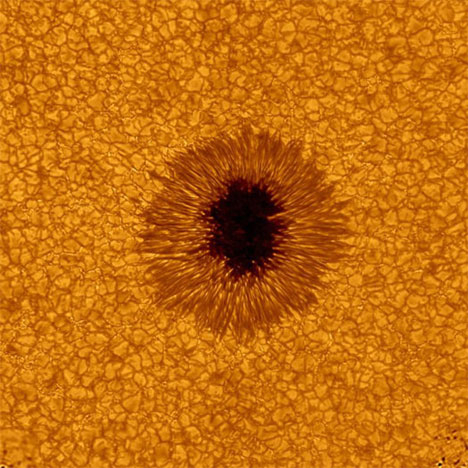 The Big Bear Solar Observatory recently snapped the most detailed picture ever of a sunspot in visible light (above). And right on the heels of this history-making photo comes the news that sunspots might actually affect the length of our days here on Earth. Researchers at the Paris Institute of Geophysics in France, led by Jean-Louis Le Mouel, have found that in addition to the well-known seasonal fluctuations of the rate of the Earth’s spin, there are fluctuations that also run on an 11-year cycle. This 11-year cycle corresponds with a similar sunspot cycle. 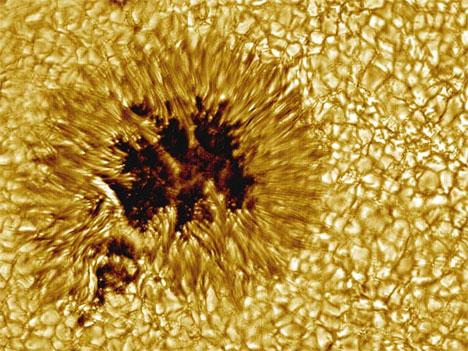 It’s not well understood how, exactly, sunspots affect the spin of our planet, but the team suspects that it may have something to do with the solar spots altering Earth’s wind patterns. Sunspots could alter the ultraviolet light that hits the Earth and heats the stratosphere, thereby changing the way the wind blows. 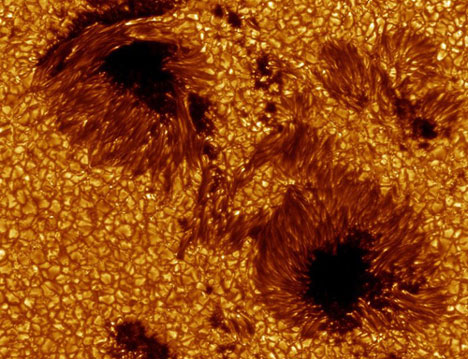 Figuring out just how and why sunpots change Earth’s rotation could mean huge things for space travel. Miscalculations of the planet’s spin that look minuscule here on Earth actually translate into differences of thousands of miles once a spacecraft gets far from home. Being able to predict changes in the rate of Earth’s spin could cut down drastically on those costly miscalculations.