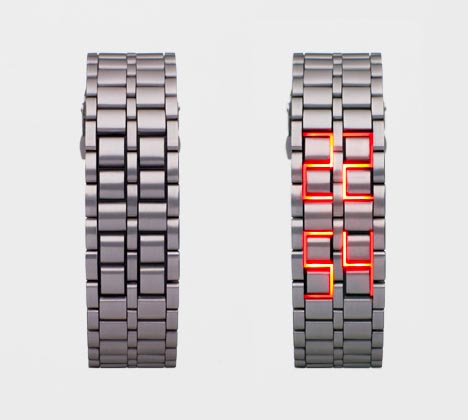 We’re usually not huge fans of man jewelry here, but we have to admit this silver bracelet/watch is pretty great. While it looks plain at first, it hides a very cool secret: LEDs that light up in between the links to reveal the time. It’s minimalist design at its best. 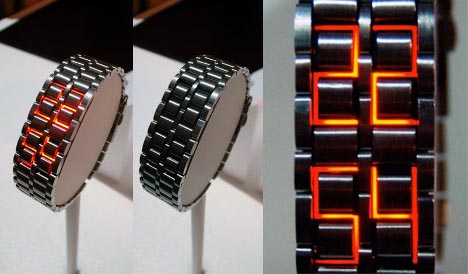 Designed by Hiranao Tsubi, the stainless steel watch looks like a great accessory for the ultra-geek who wants to keep his secret geek identity under wraps. At the mere push of a button, it turns from bracelet into an awesome watch with glowing digits. 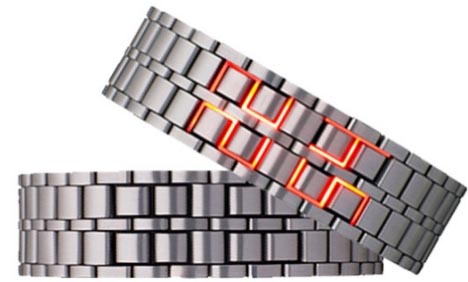 The minimalist design throws the concept of time into question. What is time but an intangible measurement of an intangible thing? This design reminds us that if we pay no mind to the concept, it seems to disappear entirely.

See more in Clocks & Watches or under Gadgets. December, 2009.