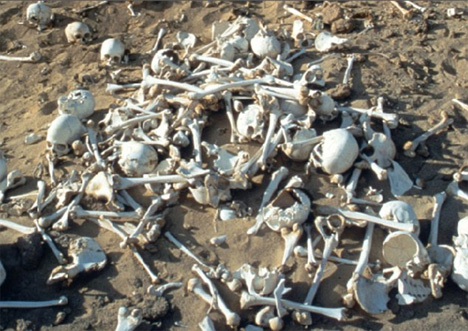 Countless tales of ancient cities, feats and events have been passed down throughout centuries, only to be disregarded as legend by modern scholars. When there is no proof of the stories’ truth, it’s easy to assume that they were nothing more than entertaining stories. But modern archaeologists may have proved the truth of at least one of those ancient tales. It is said that in 525 B.C.E., the mad Persian King Cambyses II ordered an army of 50,000 men to march on and destroy the Oasis of Siwa and the oracle at the temple of Amun. 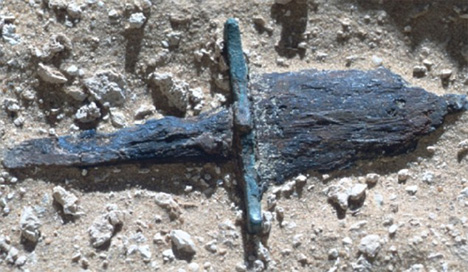 The men marched for seven days across the desert, but never made it to Siwa. It was said by the Greek historian Herotodus that the army was swallowed up by a massive sandstorm. But because no evidence was ever found that the army had ever existed, the story was eventually dismissed as nothing more than a legend. But recently, twin Italian archaeologists Alfredo and Angelo Castiglioni found evidence that very strongly suggests the reality of Herotodus’ tale.

While on an unrelated expedition in 1996, the brothers came upon human remains and a half-buried pot. Further exploration of the area turned up a large natural shelter, one that would have been perfect to take refuge in during a sandstorm. Over the following years, the brothers surveyed the area and determined that the army most likely took a different route than the one which was previously assumed. And when they visited the area they supposed the buried army would have wound up, they found a mass grave with artifacts dating back to the appropriate era. Unfortunately, no further exploration has yet been carried out on the grave. But archaeologists are now one step closer to solving one of the field’s oldest standing mysteries.