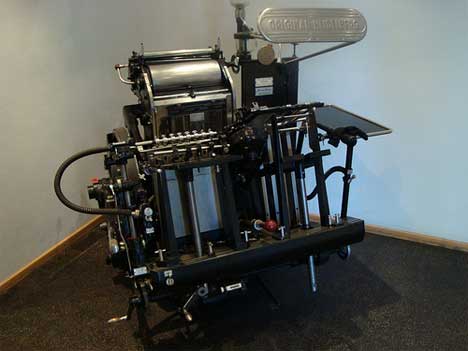 The movable type printing press is widely regarded as one of the most important inventions of all time. Once we were able to communicate ideas to large numbers of people, our collective knowledge grew and civilization took a giant leap forward. Johannes Gutenberg couldn’t have foreseen in the 15th century what a huge impact his invention would have on the world for all time. Although today the printed word is an endangered species, printing presses are still some of the most fascinating and beautiful gadgets out there. Above: a fabulously well-preserved Heidelberger printing press from 1960. 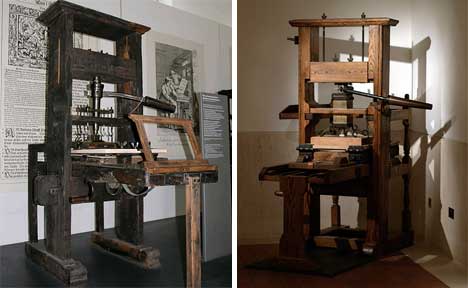 These 19th century printing presses are fine examples of the then-still-evolving technology. Gutenberg, a German printer and goldsmith, was inspired by the screw-driven wine presses of his day to create the first printing press. By adding movable type and oil-based ink, his invention made mass production of books possible for the first time ever. 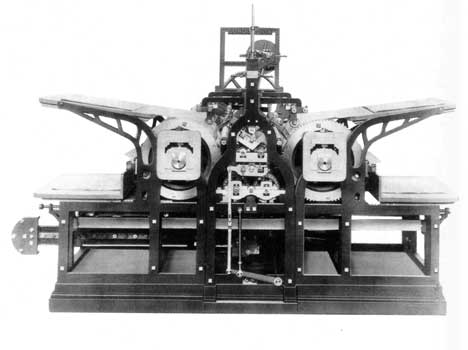 Gutenberg was largely unsuccessful and unrecognized in his lifetime. It was only after he died that the true scope and effect of his invention became apparent. By the middle of the 16th century, some 200 million volumes had been produced by the movable type press. Variations on the design began popping up all over Europe. This steam-powered model introduced by Friedrich Koenig in 1814 once again revolutionized the industry by making the process faster and easier. 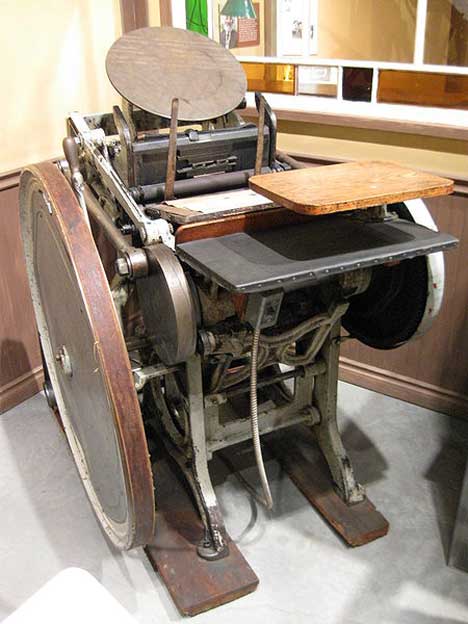