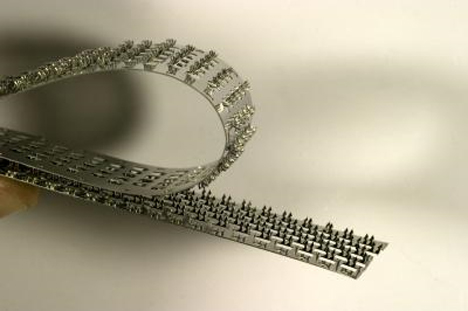 Velcro is one of those inventions that most of us take for granted. Although it’s useful and really quite interesting when you understand how it works, it’s probably not the most exciting thing you’ll contemplate today. A team of German engineers has made huge strides in making Velcro (or at least something resembling Velcro) more interesting. Their metal fastener, called Metaklett, is basically super-strong metal hook-and-loop fastener. 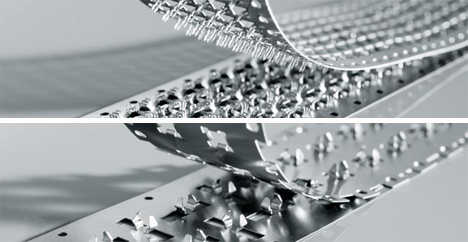 Metaklett can withstand temperatures in excess of 800 degrees Celsius, and is not bothered by most chemical solutions. Its adhesive strength tops 35 tons per square meter when force is applied parallel to the surface of the fastener. The adhesive strength is 7 tons per square meter when the pressure is perpendicular to the surface of the fastener. But even more impressive is the fact that, like traditional plastic Velcro, it can be used over and over again. 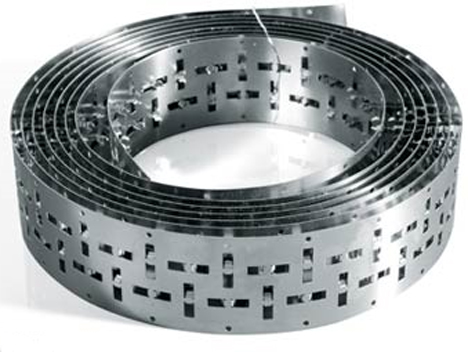 Two models of Metaklett have been developed: duck’s head and Flamingo. The difference between the two is the shape of the “hook” element. Traditional plastic Velcro is used in countless applications, from clothing and toys to securing equipment in aircraft. The downfall of the material has always been that it is simply too weak for some uses. Metaklett is the first fastener to combine the ease of use and reusability of Velcro with the extreme strength and durability of steel.