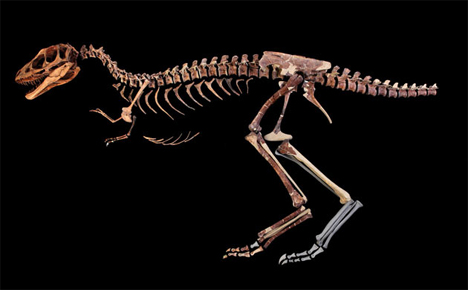 Even the smallest schoolchild knows that Tyrannosaurus rex was king of the carnivores. It was giant, ate everything in its path, and ruled the earth for some 20 million years. But now scientists know that T. rex had a pocket-sized predecessor whose appearance is more cute than chilling. A report in the journal Science says that Raptorex kriegsteini existed 60 million years before T. rex with nearly identical physical features, but on a much smaller scale. Raptorex’s adult size was only about 8 feet long and 175 pounds.

This discovery completely disrupts all former thinking about the evolution of tyrannosaurids. It was previously thought that their tiny upper limbs developed as a kind of evolutionary trade-off when their bodies grew to monster proportions. The Raptorex fossil proves that these features evolved millions of years before Tyrannosaurus rex evolved into the huge, terrifying predators that would be king until the final destruction of all of the dinosaurs. 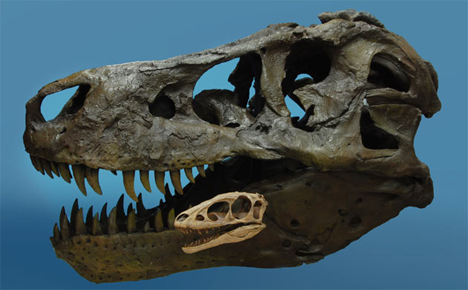 The nearly-intact fossil was purchased in China by a private American collector. He turned it over to researchers at the University of Chicago to document it on the condition that they name it after his father. The researchers have spent the last three years extracting the fossil from the rock in which it was embedded, studying it, and preparing it. The fossil will be returned to China when the researchers have finished documenting it.