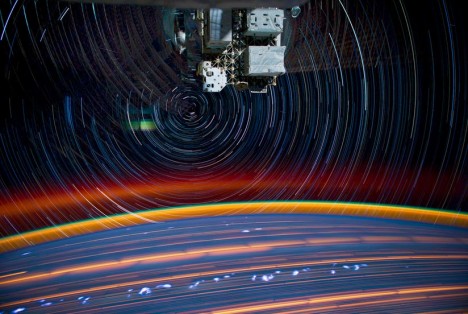 Using sections of the International Space Station as stationary points, this incredible photo shoot turns both outer space and our own planet into a series of surreal and otherworldly landscapes. 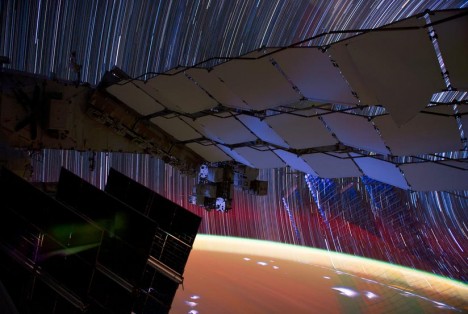 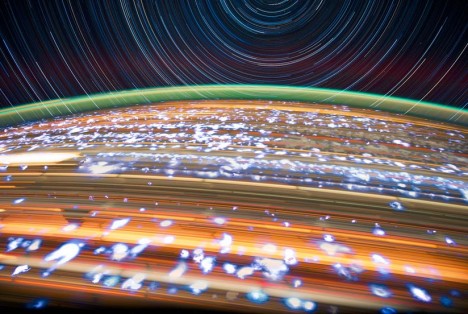 Expedition 31 Flight Engineer Don Pettit relayed some information about photographic techniques used to achieve the images: “My star trail images are made by taking a time exposure of about 10 to 15 minutes. However, with modern digital cameras, 30 seconds is about the longest exposure possible, due to electronic detector noise effectively snowing out the image. To achieve the longer exposures I do what many amateur astronomers do. I take multiple 30-second exposures, then ‘stack’ them using imaging software, thus producing the longer exposure.” 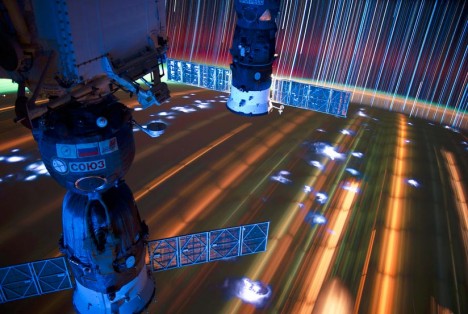 The results are nothing short of stunning – the Earth’s surface becomes streaked with color and light, punctuated by what appear to be blotches of lightning or blurred cityscapes, but overall looking more linear like (Jupiter or) some other celestial body. 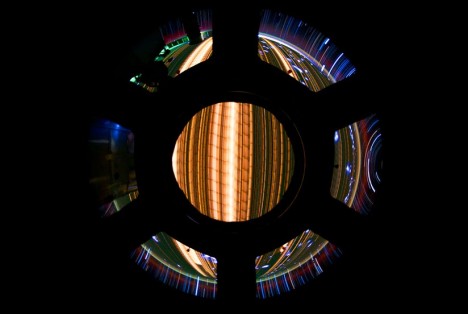 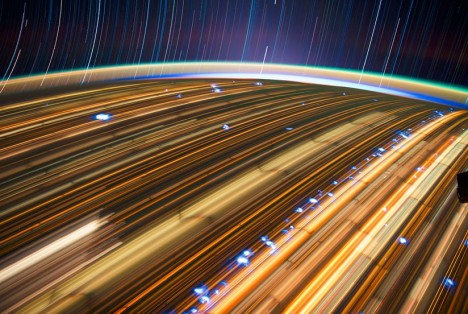 Naturally, only pieces of the ISS itself look static in each shot, creating a stark contrast between a fixed foreground and spiraling set of backgrounds (though, in reality, the station itself is also rotating – it is all relative). Armatures of the station end up open to interpretation, in some cases looking like the needle on a record player hovering above a spinning disk.