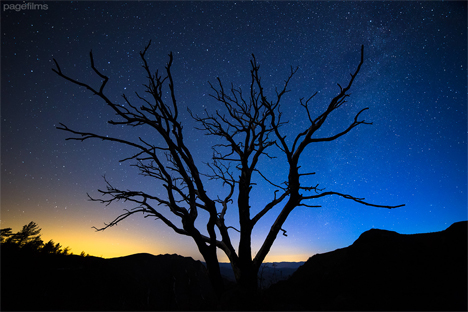 Time-lapse videos of the night sky with the stars rushing around the Earth are always fascinating to watch, but filmmaker Lance Page has a new take on filming the night sky. His short film entitled “Ride the Sky” depicts the Earth turning while the stars stand still.

Using a motorized pivot for his camera, he trained the lens on the north star. From our vantage point on Earth we usually see the stars gliding across the sky throughout the night while we appear to stay stationary. Page’s short film shows our planet’s perpetual rotation in contrast with the stars holding their relative positions. 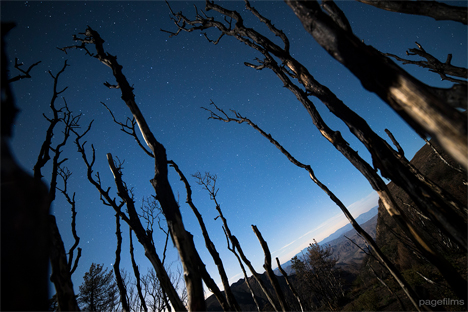 The video is a fascinating new perspective on a familiar sight. Though we know logically that the Earth is not the center of the universe, it’s easy to believe that everything really does revolve around us. “Ride the Sky” is a beautiful reminder that we are simply another piece in the vast puzzle that makes up our cosmic neighborhood.