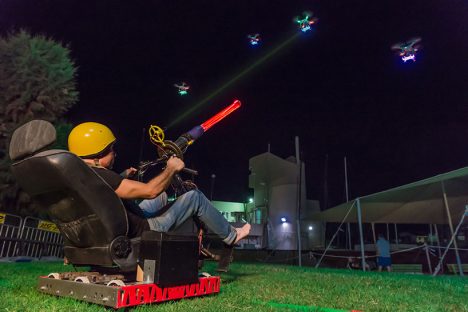 Equipped with light sensors and LED strips, a team of ambitious geeks and gamers animated the space drones and arranged them in a game formation using a specially developed autonomous flight software. 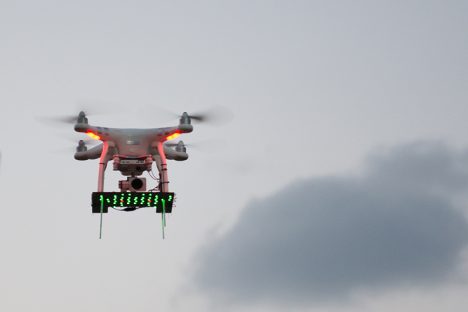 On the ground the player sits on the laser gunner station which moves across rails and shoots laser beams. After 5 hits, the drones were taken down and out of the game. 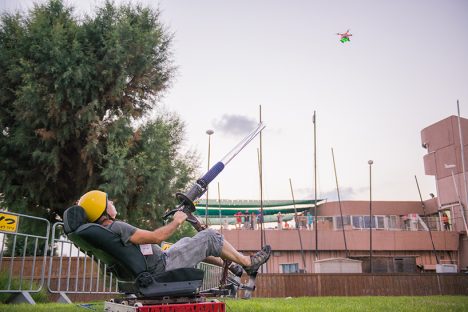 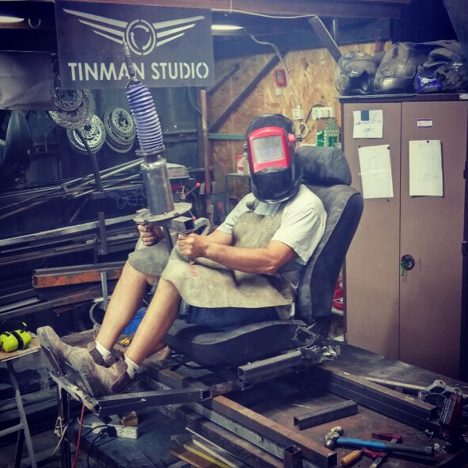 “A team of 13 coders, designers, and makers were involved in the development of this ambitious project. It was an enormous effort to pull this off, and it took a diverse group of creative individuals who took part in this project”

See more in Robotics or under Technology. December, 2016.