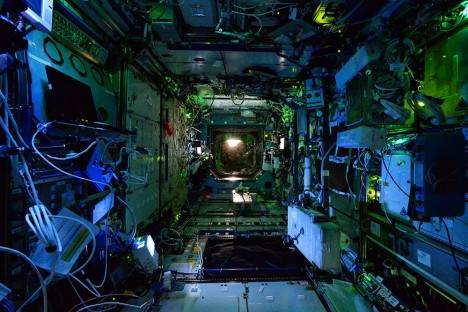 Shot by astronaut Alexander Gerst and published by the European Space Agency, this remarkable series of shots (captured during a sleep cycle) makes the International Space Station look dark and deserted. 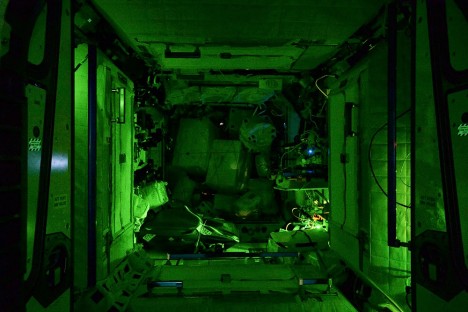 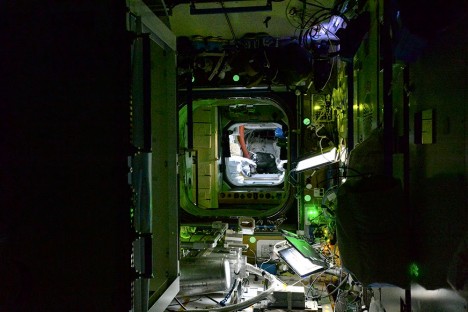 Various static night lights cast the scenes in haunting blues and greens, making the entire place feel as much like a low-illuminated movie set or post-collision space ship filled with faux clutter as an actual living quarters for half a dozen space-faring humans. 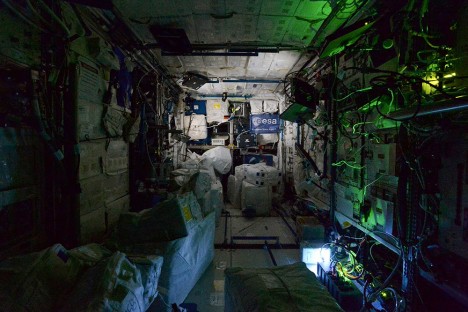 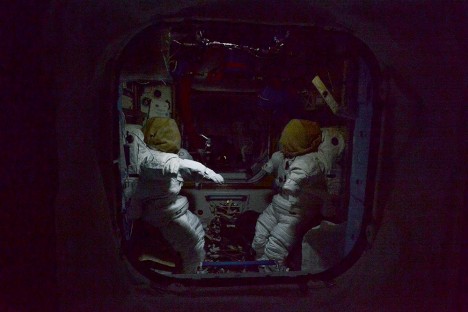 One could imagine that in the cramped quarters of this station, skulking about at night might provide some much-needed privacy for residents – aside, that is, from the creepy empty suits tethered to the walls float like eerie alien corpses. 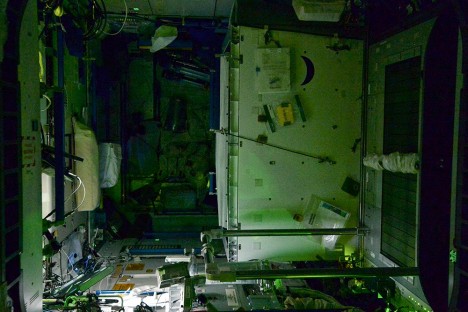 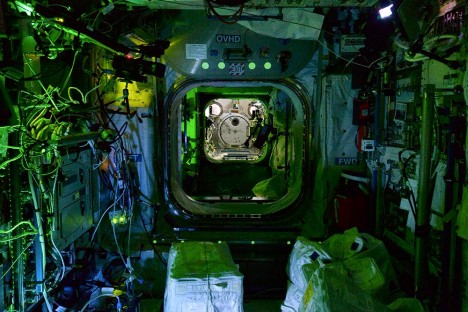 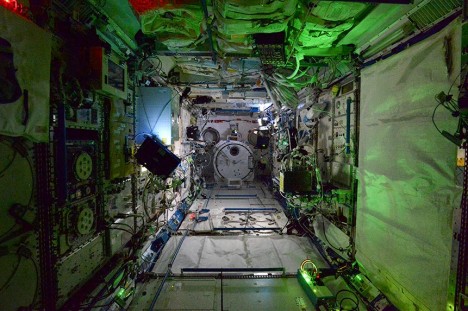 Astronauts aboard the ISS follow GMT, syncing their sleeping patterns to a single time zone. Geoff Manaugh paints the scene with words: “The dimly lit corridors of this house of sleeping astronauts take on the atmosphere of film noir, as if this is secretly a crime scene, still flickering with the last lights of its drained batteries, and these are the first photos to be taken upon arrival.”