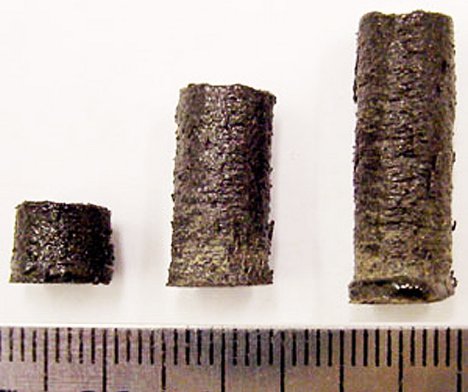 One of the barriers to Moon colonization has always been the astronomical (pun intended) cost of transporting materials there. It would cost billions just to take up enough stuff to build a small command center and living quarters. And since the nearest Target is pretty far away, colonists would need plenty of duplicates and back-ups. The most sensible solution is to use material that’s already on the Moon to build anything and everything a colony of humans might need – although even that doesn’t seem entirely sensible. It’s not like plastic, wood and metal grow on trees up there.

What the Moon does have plenty of, though, is rocks. And since we clever humans invented the amazing technology known as rapid prototyping (or 3D printing), we have a way to use those rocks to build a lot of the things a fledgling space colony might need. This idea has been around for a long time, but it wasn’t until recently that someone actually tested it out. In the above video, professor Amit Bandyopadhyay from Washington State University puts the concept to the test by using imitation Moon rocks to create small 3D objects like the ones at the top of the page. According to the professor, astronauts could even use the process to mend broken tools and other objects. Today we’re one exciting step closer to setting up shop on lands other than the Earth.