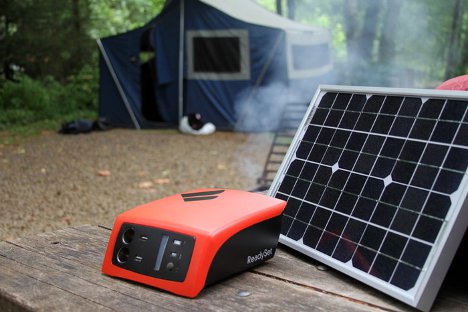 For people who can’t bear to be without their mobile gadgets, finding some kind of reliable away-from-home charger is a must. But do you go for the car charger, a solar charger, or one of those fancy kinetic energy chargers? The ReadyMade charger from Fenix is a pretty impressive product that lets you get power from just about any source. 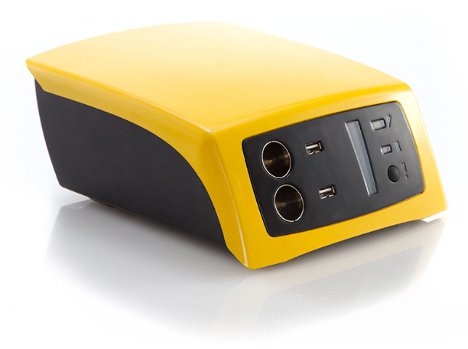 The ReadySet was developed around the same time as the One Laptop Per Child project. The team developing the laptops was also charged with finding an off-grid way to power those machines, and the ReadySet was eventually born. The shoebox-size power source has two USB outputs as well as two standard car lighter adapter ports. 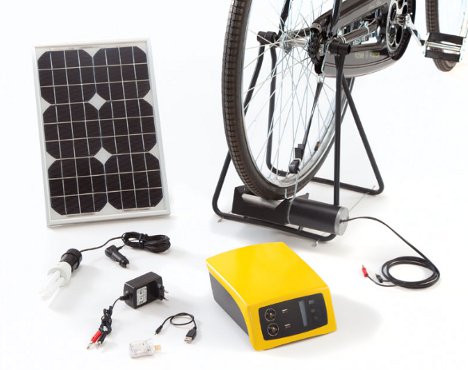 The system charges not only mobile phones and laptops, but can power everything from lights to radios to wi-fi hotspots. The battery holds up to 54 Wh (watt hours), or about 10 full iPhone charges. It can run an iPad for 12 hours of continuous video playback and only takes a matter of hours to fully recharge from its included solar panel. 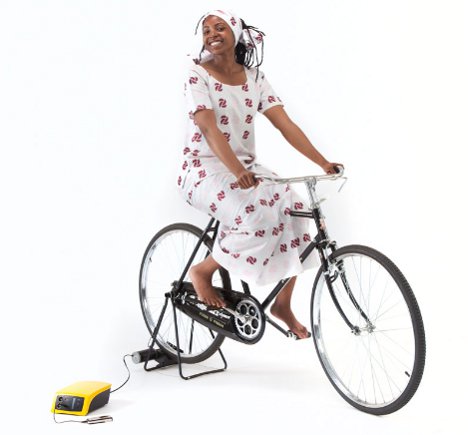 For users who, for whatever reason, prefer not to use solar power to charge their ReadySet, the kit can be charged from a number of other sources like bicycle generators or micro-turbines. The project was posted on Kickstarter to raise funds, but blasted past its funding goal almost immediately, showing just how revolutionary and stellar this product really is. 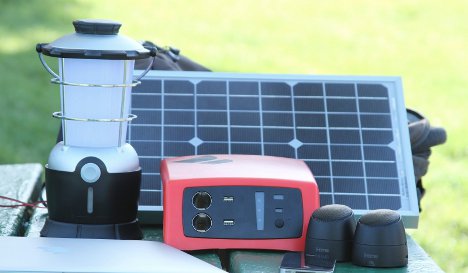 Although the ReadySet is being sold in the developed world as an alternative to grid power, it is also being used as a business opportunity in Africa. Although cell phones are plentiful in most places, access to electricity is extremely limited in many African nations. The ReadySet has been touted as a “business-in-a-box” for people who invest in one and charge customers 25 cents a piece to charge a cell phone.