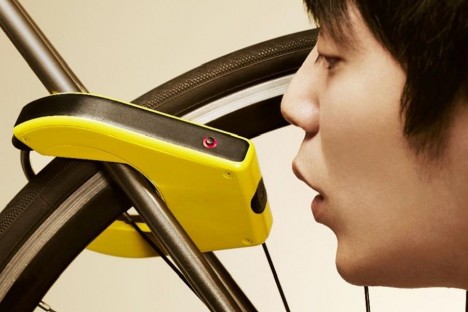 Some countries have strict laws against biking while drunk, but here in the US that’s left up to the individual states – and the policy is notoriously ambiguous. Japanese company KOOWHO may not be able to clarify the cycling while drunk laws where you live, but it can let you (and a friend) know when you’re too tipsy to pedal home. 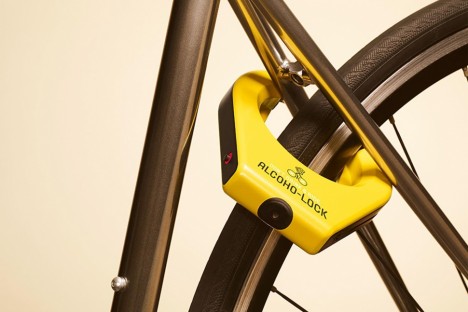 Most people look at cycling as a safer alternative to driving when they’re drunk, and in a way they’re right. Since you aren’t driving a couple tons of hulking mass, you’re more likely to hurt only yourself if you crash on a bike. But there are still plenty of good reasons to hoof it or call a cab after an evening of imbibing. 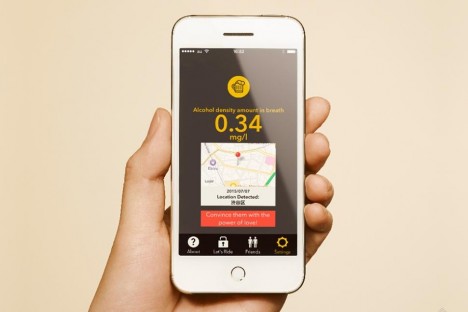 Alcoho-Lock is a bike lock that will only open up and let you ride home if you can prove you’re sober enough to bike safely. You blow into it, just like the alcohol-detection devices that unlock a car’s ignition system. If it judges you too impaired to bike, it will still open up for you – but it will also notify a friend or family member.

The notification is made through the proprietary app; when you first get the Alcoho-Lock you set up a person to notify in case of drunken cycling. The idea is that the friend will either talk you out of riding your bike or offer to come pick you up. At around $300 US, it’s a rather expensive way to stay safe that requires a lot of discipline on the part of the user. Still, if it can keep a few people from eating asphalt (and maybe a few others from being ticketed) it seems like a solid idea. The Alcoho-Lock is available for preorder here.

See more in Bikes & Cycles or under Transportation. August, 2015.