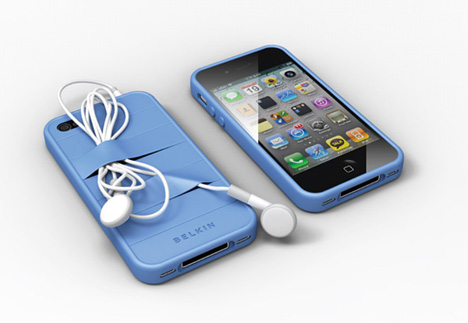 We have more or less stopped paying attention to new iPhone case designs because, quite frankly, there are a million of them and they are all starting to look the same at this point. But this one is different: this one is spectacular. The Elasty iPhone case puts rubber band-like stretchy straps on the back of your iPhone, letting you keep track of your various small objects wherever you go.

You can use the straps for your earbuds, money, ID cards, pens, grocery lists or whatever would normally rattle around in your pockets. Unlike when you wrap actual rubber bands around your iPhone, the Elasty won’t obscure the screen or make it hard to use your phone for normal phone stuff. 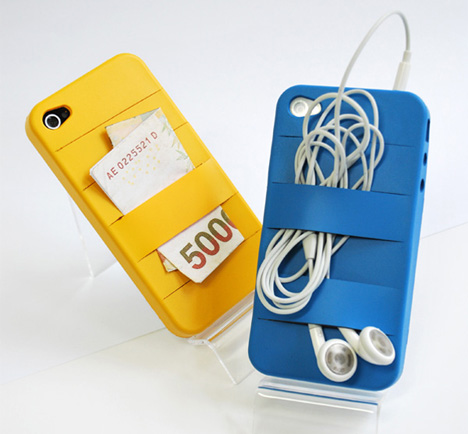 The case has won the Korean Belkin Design Award for its ingenious function. Despite being branded with the Belkin name, it isn’t actually in production at this point. But we’re holding out hope that we’ll one day see this awesome case in the stores – mostly because we’re already working out how to use it as an impromptu office slingshot.

See more in Unbuilt Concepts or under Technology. September, 2011.