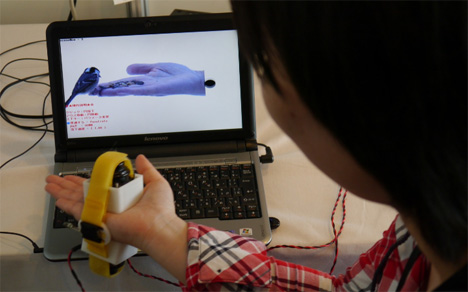 How many times have you been playing WoW and thought to yourself “Yeah, this is great and everything, but I’d really like to feel that sword splitting my torso open”? Well, a team of researchers at the University of Electro-Communications has you covered. They are developing a device that currently simulates the feeling of an object passing right through your hand, but in the future could be used to make you feel like you’ve been stabbed or shot just like your video game characters.

The device works on the “phantom sensation” phenomenon: then two spots on the skin are stimulated simultaneously, the brain tends to be tricked into thinking that the space in between the two points is also being touched. So by stimulating the top and bottom of the hand just a fraction of a second apart, the team’s device can make it feel like a ball is passing right through the palm (a visual element is involved as well). 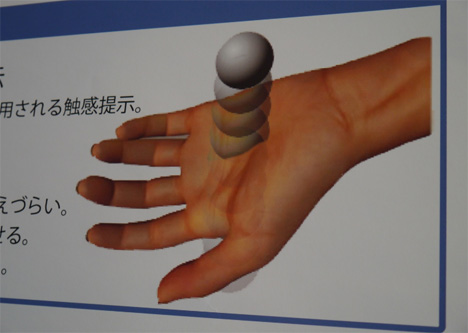 Future iterations of the setup could be larger-scale, allowing players to feel a small portion of the pain that their video game avatars feel when being stabbed, shot, punched or otherwise abused. Kind of like Rumble Paks for the very, very difficult-to-impress gamer.

See more in Gaming & Geek or under Gadgets. September, 2011.