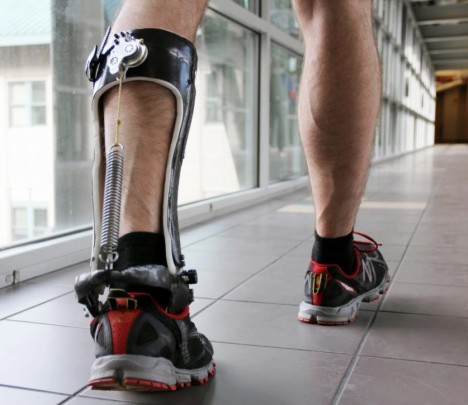 A little like Iron Man armor but much lighter and free from external power sources, these ankle-enhancing add-ons represent a step in a new direction toward practical and easily removable exoskeletons.

They may not have built-in boosters to let you fly, but by reducing the work required to walk by 7% the Walking Assist Clutch provides the equivalent improvement of taking off a ten-pound backpack, lightening the load of ordinary walkers or injured persons (stroke victims or the partially paralyzed, for instance). “I’ll tell you, it feels really cool,” Sawicki said. “There’s a comfortable sort of squishiness for the first 10 minutes. But then it becomes totally transparent. Your body just integrates it.” 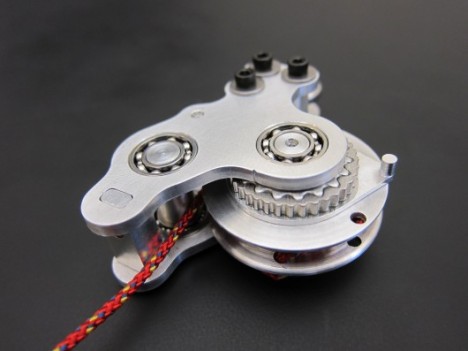 As the WashingtonPost reports, “According to study co-author Gregory Sawicki, a biomedical engineer and locomotion physiologist in the joint NC State/University of North Carolina-Chapel Hill Department of Biomedical Engineering, people using the braces don’t really notice the difference — until it’s gone.” 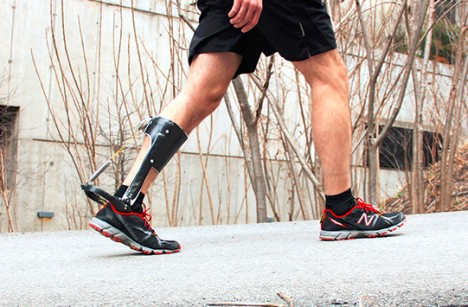 “Instead of adding an energy source to allow your muscles to expend less energy themselves, you’re just building a system that uses less energy as a whole. But the challenge is what drew us to the problem. After 7 million years of evolution as bipeds and some tens of thousands of hours of practice throughout a lifetime, is it even possible to reduce the energy of walking?” It turns out that it is, and for far cheaper than what more high-tech mechanical suits cost. While still definitely a prototype, the production of these augmentations is already much less expensive than powered competitors, raising the question of what other enhancements could be created that utilize the body’s own energies more efficiently rather than requiring external electrical assistance.

See more in Cybernetics or under Technology. April, 2015.