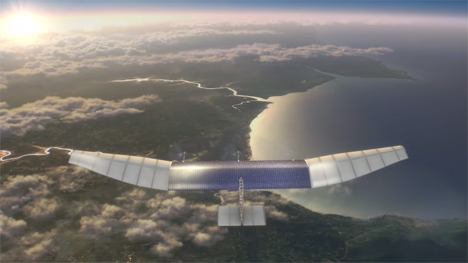 It may not seem like it when you’re scrolling through thousands of pithy comments on Reddit, but a full two-thirds of Earth’s population does not have access to the Internet. That might change dramatically in a few years thanks to an ambitious collaboration between Facebook, Qualcomm, and Nokia. They formed Internet.org, an organization dedicated to bringing affordable internet access to the entire world.

In March 2014, Facebook acquired Ascenta, a company that builds solar-powered drones. The plan, according to Internet.org, is to create and launch unmanned high altitude, long-running solar powered aircraft that can stay aloft for months and deliver reliable internet connectivity anywhere in the world. The UAVs (unmanned aerial vehicles) will fly at 20 kilometers above the planet’s surface – high enough that they are above high winds and bad weather, but low enough that they can beam down a reliable internet connection. It’s basically exactly the same as Google’s plan to beam internet access down from balloons, but with planes. 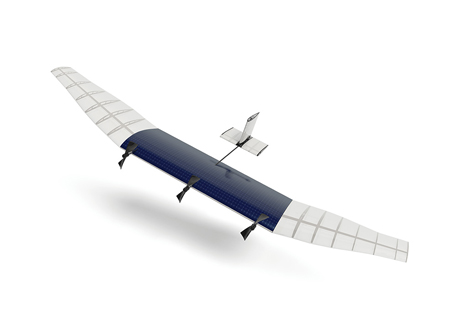 The aircraft will be pretty big: around the size of a 747, according to Facebook’s Connectivity Lab. They are calling them “planes” due to their size and, understandably, to avoid the negative connotations associated with flying “drones.” If all goes according to plan, the planes will have their first American trials in 2015 and could be providing wi-fi to currently unconnected places within three to five years. It seems a bit self-serving for several telecommunications giants, and particularly Facebook, to be involved in a plan to connect more people to the internet. But the folks behind the plan claim that the overall goal is to empower the world through the strength of global communication.

The group is also working on larger-scale connectivity solutions for areas of low population density. Their lofty goal is to create a series of connected satellites that will beam down continuous wi-fi signals from space. This is understandably quite a bit more difficult than putting a few planes in the air, so don’t expect to see those satellites launching in the next few years.

See more in Unbuilt Concepts or under Technology. September, 2014.