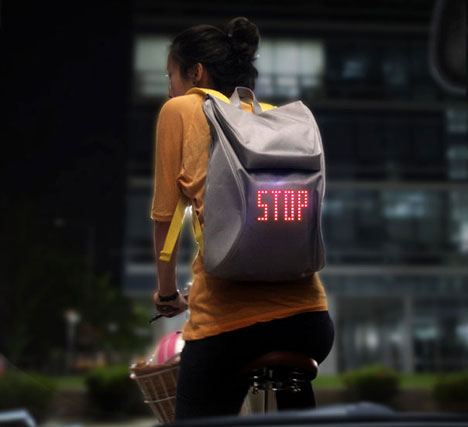 Cyclists should always use hand signals to be safe when riding on the street, but sometimes it feels more dangerous to lift a hand from the handlebars than it does to just made a turn without signaling. Lee Myung Su design lab wants to make the streets (and particularly the corners) safer for cyclists with the SEIL Bag design. 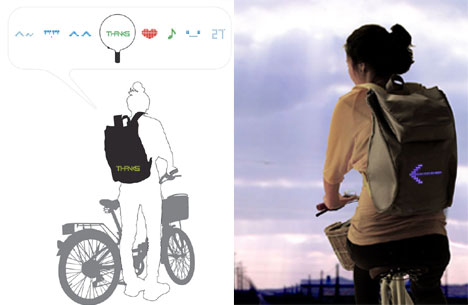 The bag sits on the back just like any backpack, but a wireless controller lets the rider tell people behind her just what she’s doing – and even what she’s thinking and feeling. The turn signals are the core of the design, but there are also controls to tell drivers all sorts of other things. The bad can display emoticons and indicate when the cyclist is about to stop, hopefully cutting down on accidents and increasing the safety of cyclists and drivers alike.

Even after getting off of the bike, the bag can still convey whatever needs to be communicated by the wearer thanks to the detachable control. Of course, it might be easier to simply turn around and say it when not riding a bike, but what fun would that be? 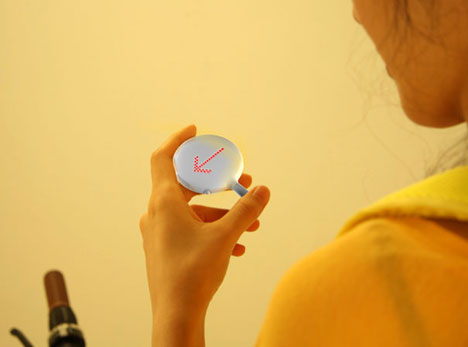 A nice added safety feature of the SEIL bag is that the lights on the back increase visibility in low light conditions. Anyone who has ever worried about being invisible to cars in the dark can appreciate just how much this can ease a cyclist’s mind. That is, as long as the drivers of surrounding cars aren’t mesmerized and distracted by the flashing lights.

See more in Unbuilt Concepts or under Technology. September, 2010.