10,000+ Subscribers
Shove(l) Off! An Ergonomic Redesign of the Humble Shovel 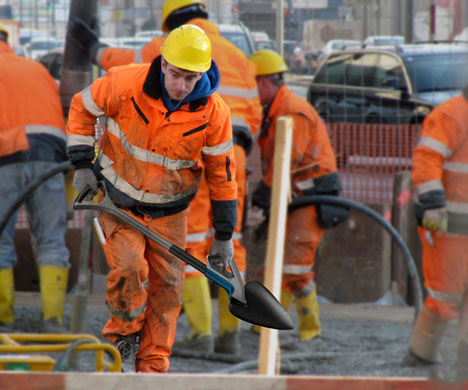 The humble shovel might not be the first thing that pops to mind when you think of everyday objects that are in desperate need of a redesign. But an hour of digging in the dirt with a regular shovel would probably change your mind. 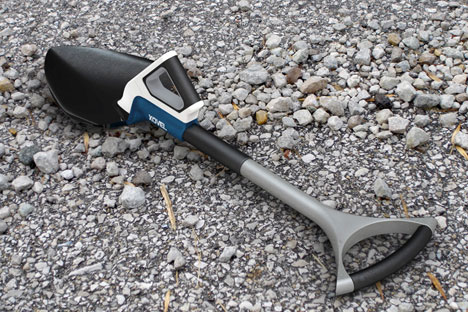 Traditional shovels feature a long handle with a digging head on one end. Simple, but effective for what they do. The problem is that they aren’t very friendly to the human body and using them usually results in a sore back. The Xovel concept is a slight tweak and update on the traditional shovel design. 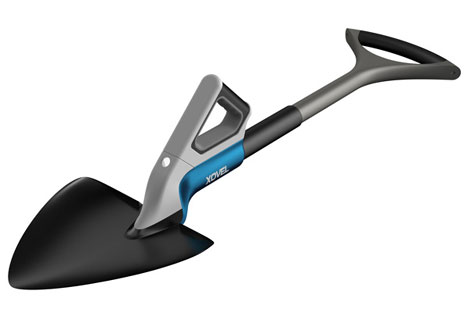 Rather than a single long handle, the Xovel features two handles, with one being very near the digging head. This helps distribute the weight of the workload, making it easier to move materials from one place to another. 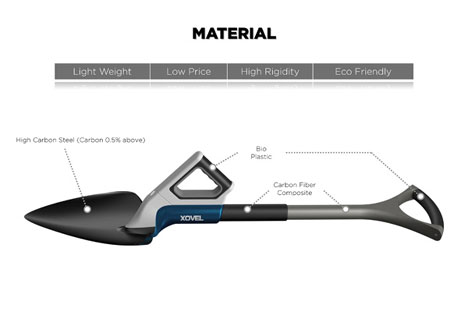 The handle length of the Xovel is adjustable, letting people of different heights use the same tool easily. Users can also store the compact shovel in a small area until the next use. A handy light in the body of the shovel illuminates the workspace for early-morning or late-night jobs. 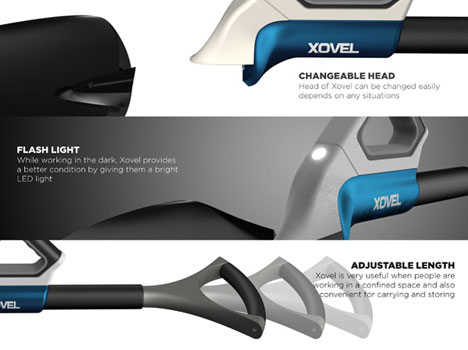 But the most unusual and alluring feature of the Xovel is the interchangeable heads. You can use it during the summer for shifting a pile of dirt and then just change the head to use it as a snow shovel in the colder months. 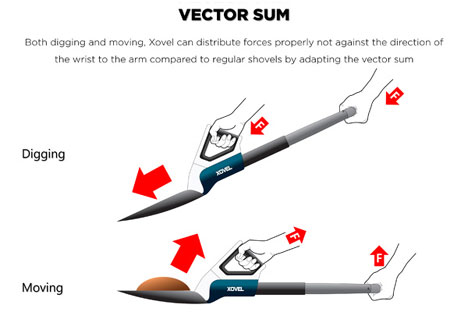 Designed by Jaeseok Han of Ahhaproject, the Xovel might not be the perfect answer to every shoveling situation. But it is definitely an improvement on the shovels many workers are using currently that are doing little more than cultivating life-long back problems.

See more in Industrial Design or under Technology. October, 2011.