The reinvention of concrete seems to be a goal for architects and material scientists alike. The light transmitting concrete from Hungarian architect Aron Losoncziwas the first example we saw, but now Italian company Italcementi Group has created their own version of translucent cement that combines the best qualities of cement walls and transparent windows. 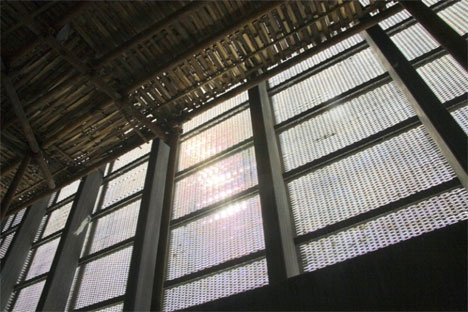 The material, called i.light, was created specifically for the Italian pavilion at the 2010 World Expo in Shanghai. The walls of the pavilion felt solid and looked solid from an angle, but when viewed straight-on they looked rather like windows that were able to let in light. 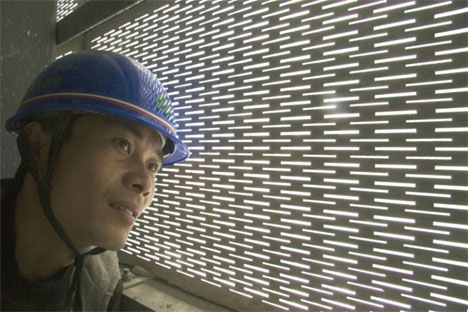 Italcementi’s creation was made with a proprietary mixture of cement and admixtures that bonds with a thermoplastic polymer resin. The resin is injected into tiny holes that span the width of each cement panel, resulting in approximately 20 percent transparency. The transparency can be changed by modifying the amount of resin in the panels. 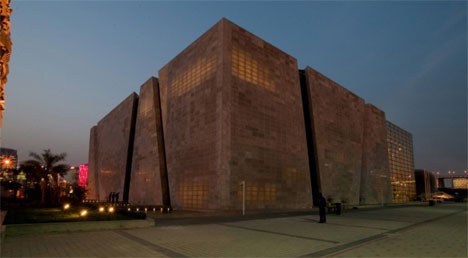 Previous transparent cement creations involved using fiber optic cables to transmit light, which is an effective method but very expensive. The method used to produce i.light is much less expensive and lets in natural light from more angles. It is not yet available commercially, having been developed just for the World Expo.

See more in New Materials or under Science. January, 2011.