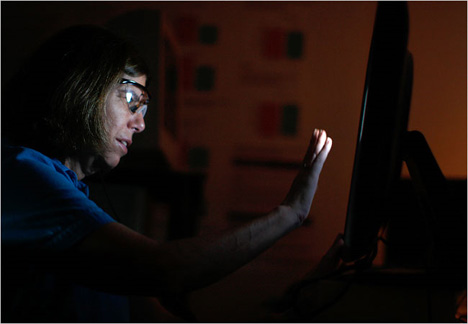 Restoring vision to the blind has long been a seemingly unattainable goal for the science and medical fields. We may now be very close to attaining that goal based on the findings from a study being conducted by MIT. Their artificial retina project is helping to give sight to participants all over the world by implanting electrodes in the eyes that will act as artificial retinas. The project is aimed at people who lost their sight through progressive conditions such as macular degeneration or retinitis pigmentosa. 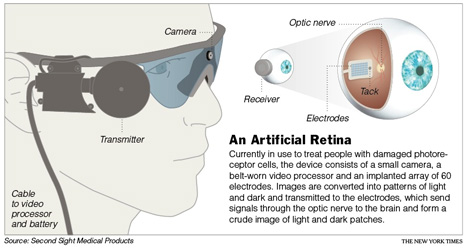 The retinal implant won’t provide participants with perfect vision; rather, it lets them see pixelated shapes in greyscale. The retinal implant is similar to the cochlear implant in that neither will result in optimal sensory input levels, but they restore a portion of the missing sense. The retinal implant uses a surgically implanted device to stimulate nerves in the eye after receiving data from a camera worn on the bridge of the nose. A video processor is worn around the waist to transmit the data. Researchers feel that the entire setup will one day be wireless, though they admit that day is probably several years in the future.

See more in Medical Marvels or under Science. December, 2009.