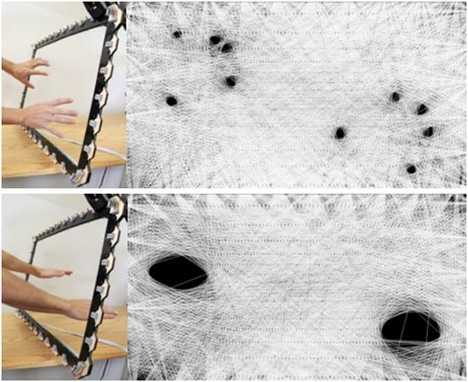 Touchscreens are great, but they have their drawbacks. What if you could get the same ease of use but with even more functionality and none of the negatives? A screen-free touch interface called ZeroTouch is about to kick the butt of every other interface ever. It’s basically an empty picture frame with 256 beams of criss-crossing infrared light that detect not only when something is interacting with the interface, but the size of the object interacting with it.

The frame could be laid on top of a computer screen or drafting table, or even hung in mid-air for a variety of interaction options. Users could interact with it via fingertips, pens, or even entire arms. The awesome interface is being developed at Texas A&M University, and it’s a crazy-exciting development that could revolutionize the way we interact with our computers.

See more in Computers or under Gadgets. May, 2011.