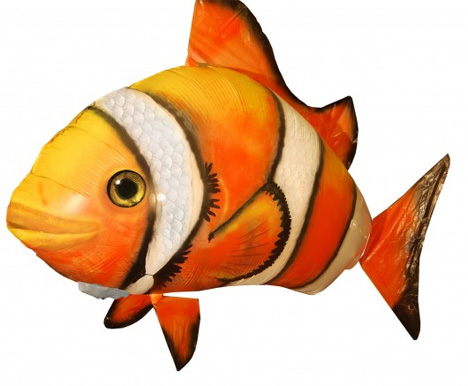 If you’re constantly looking for the newest, funniest way to scare the living crap out of your girlfriend’s stupid cat, look no further. These toys are called Air Swimmers, and they glide through the air to the amazement of everyone in the room – and to the hilarious terror of felines. The remote-controlled playthings are simple mylar balloons filled with helium, but they move so gracefully that they almost look like living things. 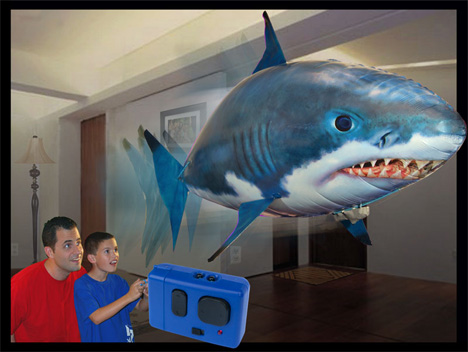 The secret of their grace lies in the way they get around. Unlike other floating mylar toys, the Air Swimmers swish their tails to move. This organic-looking movement inspires most people to do a double-take when they first see the toys floating in mid-air.

The user controls all of the movements, including the swish of the tail and the upward or downward trajectory of the toy. Air Swimmers come in shark and clown fish models, each for around $40. Judging from the alternating delight and confusion on the faces of the people in the promotional video, they’re definitely worth the money.

See more in Various Gizmos or under Gadgets. August, 2011.