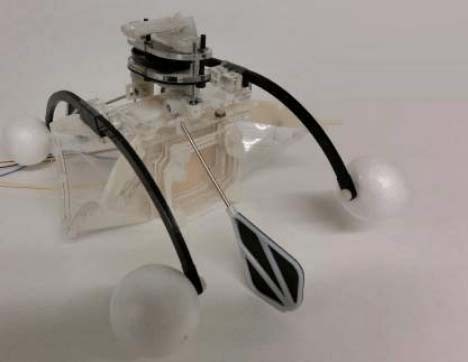 This little robotic eco-warrior has a fuel cell sustained by bacteria living inside of the device, which in turn is scooped up from the water as it glides along the surface of a polluted lake, river or stream. 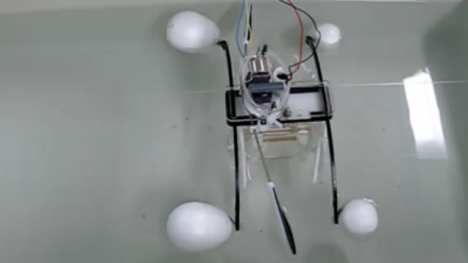 Four buoyant stabilizers serve as floating feet while two paddles attached to the center of the device propel it like a skimmer across liquid surfaces. As it travels, electrogenic bacteria ‘digest’ pollutants it encounters, generating carbon dioxide and electricity in the process, all of which keeps the Row-bot going. Indeed, it is able to produce more energy than it uses, allowing it to keep functioning effectively indefinitely. 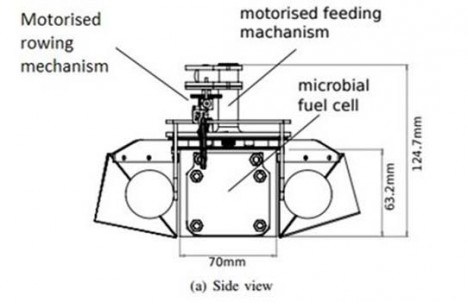 The project is a collaboration between teams of scientists and roboticists at the University of Bristol, Bristol BioEnergy Centre and Bristol Robotics Laboratory, and was presented last month at the IEEE/RSJ International Conference on Intelligent Robots and Systems in Hamburg, Germany. 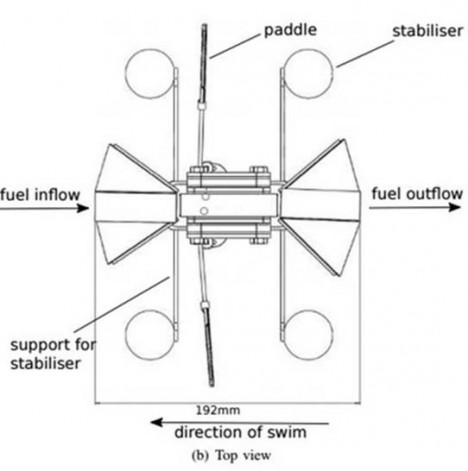 See more in Robotics or under Technology. December, 2015.