Decreasing our dependence on fossil fuel has become a priority in recent years, and as a result electric cars are becoming far more mainstream than ever before. But electric cars aren’t exactly a new idea; the one above dates back to 1881. 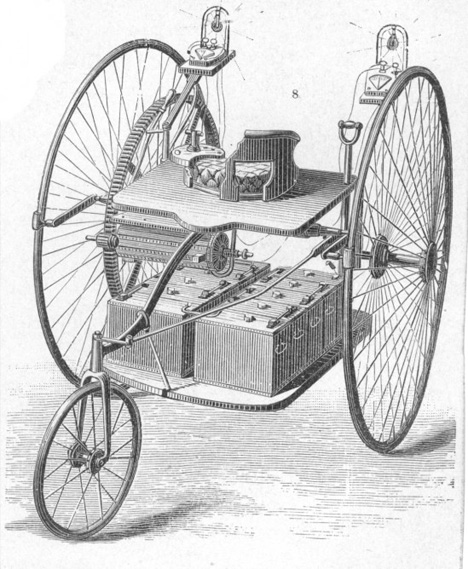 This odd-looking vehicle is the world’s first electric car. It was built from a modified Starley tricycle by English scientists William Ayrton and John Perry as a sort of rolling billboard that would advertise the duo’s electric inventions.

The original vehicle is long gone, but a team at the Autovision Museum in Germany painstakingly reverse engineered the concept and constructed this working replica. It has a top speed of nearly nine MPH and a range of almost 25 miles, the same as the original – not bad for a 130-year-old invention.

The vehicle really is remarkable, especially considering that it was debuted just one year after the first electric light bulb. The modern replica is a lot of fun to drive, judging by the look of happiness on the driver’s face above.

See more in History of Tech or under Vintage & Retro. November, 2011.