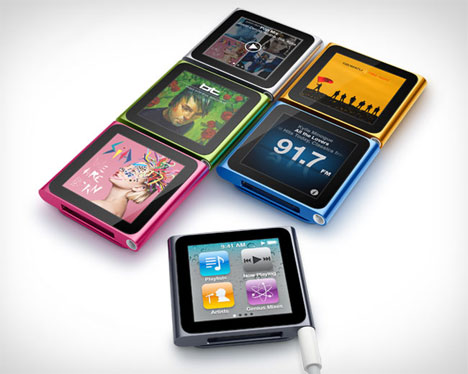 The iPod nano has always been a pretty solid offering from Apple, but the newly-announced sixth-generation nano is possibly the greatest version of the product – both aesthetically and technologically speaking. The little square makes your music deliciously portable, and when you’re taking a break from fiddling with the touch screen it turns into a clever analog watch face. It was only a matter of time before someone took advantage of the design. 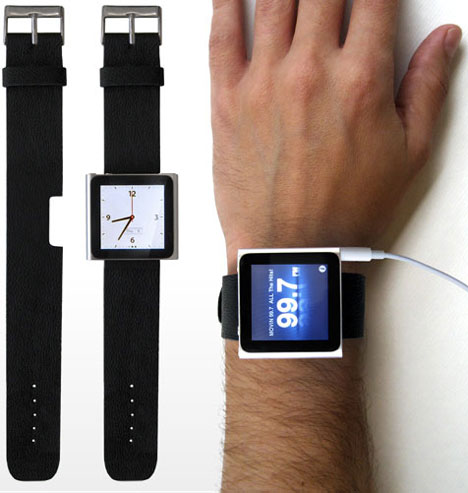 A company called iLoveHandles makes a fantastic addition to your iPod gadgets collection: a watch band designed specifically for the newest generation of iPod nano. The “Rock Band” has a special notch to accommodate the nano’s clip, and it straps on to the wrist just like any other watch. The end result is a little bulky, maybe, but undeniably cool. We can’t wait to strap this bad boy on and take it to the gym. It’s so much more sophisticated than those upper-arm sport pouches we all used to wear our MP3 players in.

See more in Clocks & Watches or under Gadgets. September, 2010.