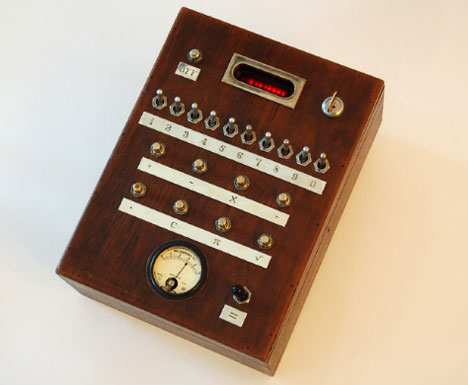 For every technological advancement, there is an equal and opposite effort from designers. Gadgets have been getting smaller and smaller with every generation since the dawn of the technology age, so Andy Aaron decided to take the evolution of one type of gadget in the opposite direction. His antique-inspired calculators are at the very pinnacle of retro cool. 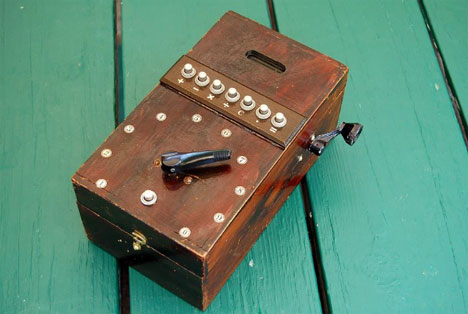 These bulky, boxy adding machines aren’t just built for looks. Aaron builds them all with antique components and ensures that they can perform basic mathematical functions. No fancy graphing functions here; just incredible looks and the essential calculator basics. 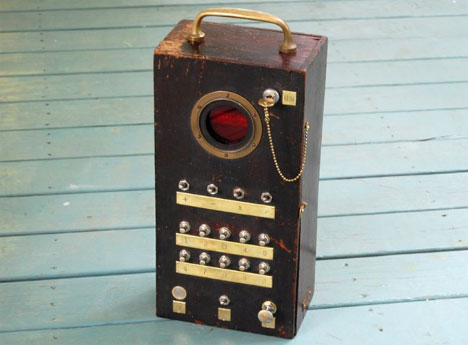 Aaron Adding Machines sells the fabulous machines, but only for the lucky few who have great timing and a boatload of money. Prices for the machines – of which Aaron only constructs two or three a year – start at a shocking $5000. 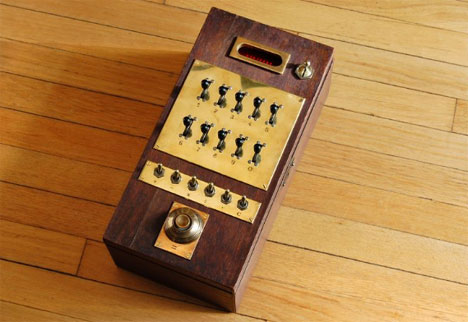 The steampunk-like devices look like the mass-produced calculators of previous generations – and that’s no mistake. Aaron wants his adding machines to look like they were manufactured in the 19th century, or maybe in an era that never happened. They look mass-produced because of their high quality, but in reality each one is totally unique.

See more in Antique Gadgets or under Vintage & Retro. September, 2010.