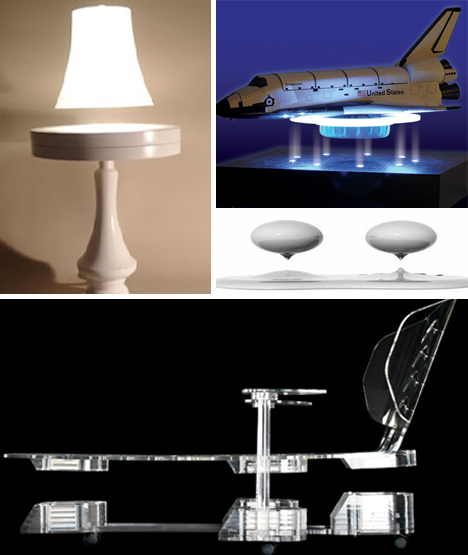 Levitating objects are pretty fascinating, no question. But how often do you get to float stuff around, Harry Potter-style, in your own house? These objects are among the coolest in home levitation technology – and for most of them, you don’t even need a magic wand. 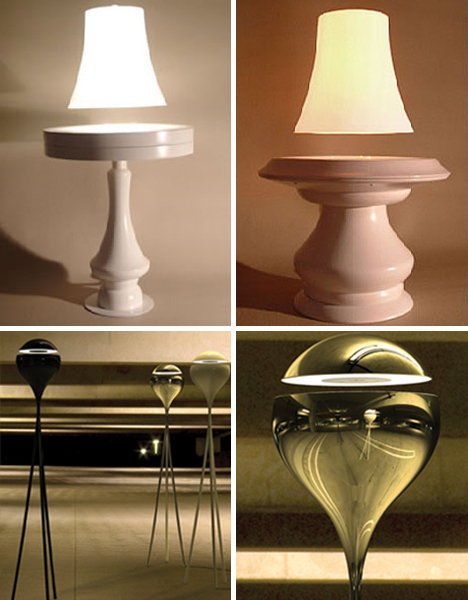 CreaLev, a Dutch company, has developed levitation technology for use in consumer projects like these floating lamps. The technology was licensed to Los Concepts, which has developed two lines of lamps with floating parts. They debuted at the 2007 Dutch Design Week to oohs and aahs from everyone who saw them. CreaLev doesn’t give details about how their levitation concept works, but it’s likely based on magnets.

As far as sort-of useless desk accessories go, the IFO 3000 is as good as it gets. The base unit will levitate a number of small objects, sold separately as “accessories” for the base. From the ubiquitous levitating globe to a clock, picture frame and color-changing sphere, the add-ons are pretty impressive. The magnetic field keeps the floating object spinning continuously; when it senses that the spinning is slowing down, it gives a gentle push to start it up again. At about $100 (including the globe) and accessories being available separately at $25 each, it’s affordable enough to admire up-close, at home. 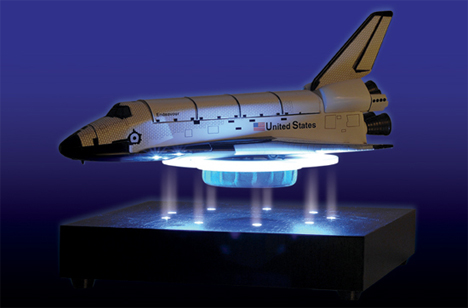 The Levitron is even more versatile than the above object floater; you can float pretty much any object four ounces or under in its magnetic field. The base even has a spotlight feature so you can light up from below whatever wacky thing you deem worthy of floating. You have to put your item into a special bowl to make it float, but we’re sure your stuffed animal or that rad model airplane you made in high school won’t mind. 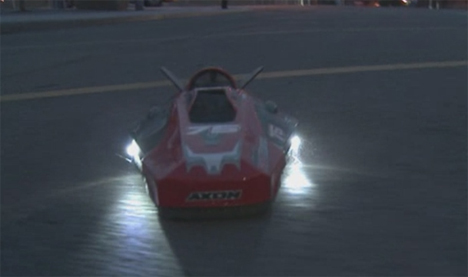 We’re big fans of RC cars, but we’ve never ever wanted one this badly before. The Axon levitating radio-controlled car takes those pesky wheels out of the equation and brings you pure, unadulterated speed: 50 MPH, to be precise. The shell is made of the same plastic used by both NASA and Nascar, so you know it’s super-tough. The car hovers on a cushion of air from two super-powered fans on its bottom. Sure, it’ll run you $250, but isn’t your ever-lasting joy worth at least that much? 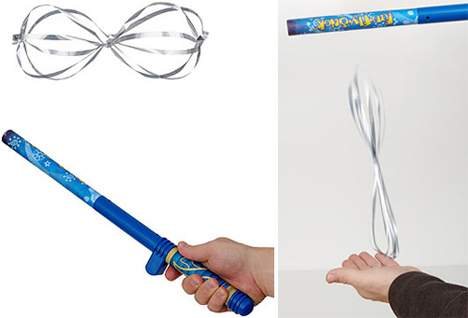 We’re going to go out on a limb here and say this is the coolest gadget you’ll see all day. It’s a magic freaking levitation wand. Sure, it’ll only levitate a few mylar shapes, but you have to admit that’s still pretty awesome. It works with static electricity from the mini Van de Graaff generator inside. Available at the always-fabulous Think Geek for $27. 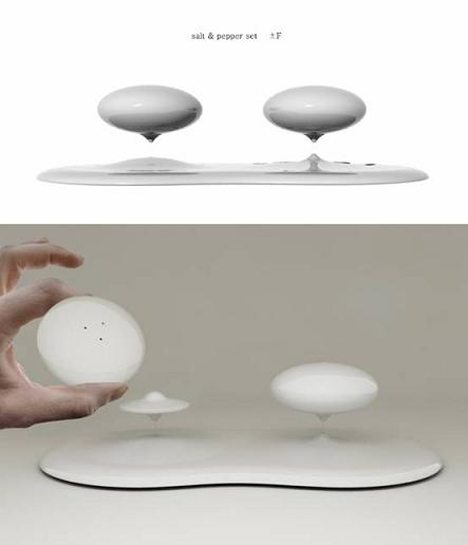 These levitating salt and pepper shakers, from Italian designer Son Mocci, could make any dinner table look like a space-age dining hall. The shakers rest on little floating platforms and look like fluffy clouds. The base contains Neodymium magnets to keep the shakers afloat. 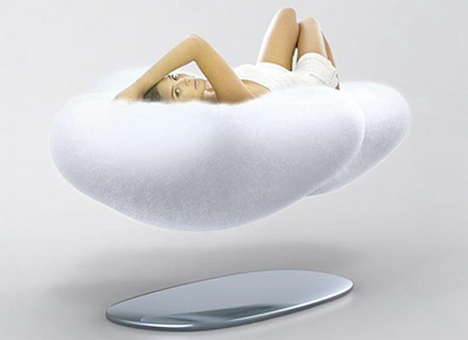 Speaking of fluffy clouds, this cloud sofa concept from D.K. & Wei looks like the most comfortable couch ever. It is, sadly, only a concept, but David Koo, part of the design teams, hopes that it will be produced at some point. Powerful magnets in the base would keep the cloud portion aloft. The concept took honorable mention in a design contest sponsored by Yanko Design. 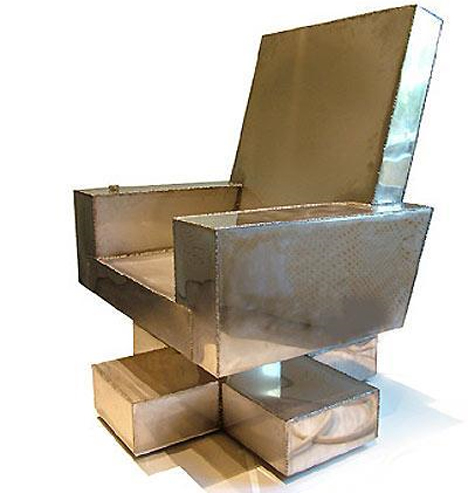 This 200-pound levitating office chair seems more like a throne than the comfy padded things we’re used to seeing in offices. It works like a hovercraft and can easily move around the room. From designer Marijn van der Poll, the “Chairman” looks like a very cool product, but we can’t imagine seeing it in stores anytime soon. 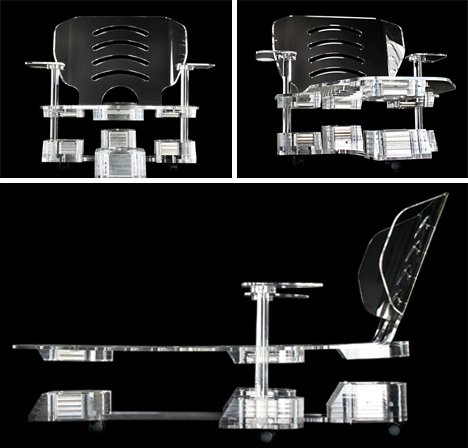 British company Hoverit has one of the greatest hovering furniture designs ever. And unlike the other hovering furniture we’ve seen, this one is actually available to purchase. The Hoverit can be used indoors or outdoors and is available in a few different colors. Since some people believe that magnets improve health and others believe that long exposure to magnetic fields can damage health, this awesome lounger will probably be surrounded by some debate. But we’d still like to try one and see what it feels like to lounge in the air.

See more in Home & Personal or under Gadgets. October, 2009.