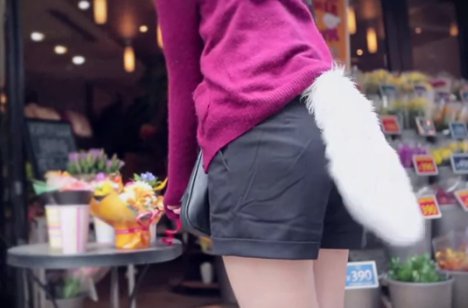 Those mind-controlled wiggling cat ears from Neuro Wear will soon have a mind-controlled companion accessory. The Shippo (which is Japanese for “tail”) also reads the wearer’s brain waves and reacts to his or her mood by moving appropriately. A heart monitor, headset and smartphone app all cooperate to convey the user’s emotions and create the correct tail-based reaction.

When the person wearing the tail is relaxed, the system reads that mood and translates it into a slow and steady swaying of the tail. But when the wearer gets excited or agitated, the brainwave-controlled tail starts swishing much faster. Sure, you could use your face to convey messages like those – but that isn’t nearly as fun as having a cat’s tail. 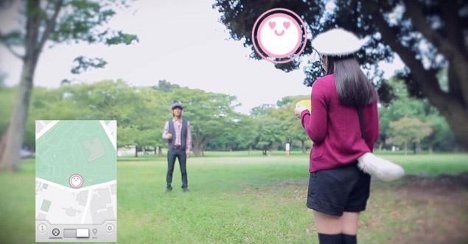 The Shippo also has a social element. The app logs places that the wearer has experienced significant emotions, showing exactly where that user felt the most relaxed and the most stimulated. The idea is that other people can seek out relaxing spots or exciting experiences based on what other users have felt at the same places. Sadly, the Shippo is only a prototype at the moment and not yet for sale.

See more in Home & Personal or under Gadgets. September, 2012.