10,000+ Subscribers
Revolutionary Bots Will Bounce and Roll to Explore Planets 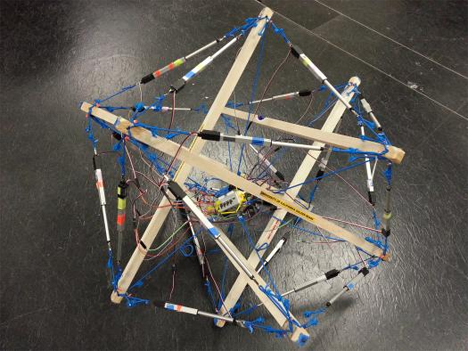 Are these rather awkward-looking robots the key to exploring the outer reaches of our solar system? They could very well be the next step in space exploration as their light, nimble bodies would roll across the surface of distant destinations like robotic tumbleweed. The robots are made of rigid rods held together with tensile cables. This allows them to be flexible when needed but to retain their forms well enough to roll around and explore. More importantly, it will let the robots bounce to a landing on a planet without the need for expensive and heavy landing equipment. 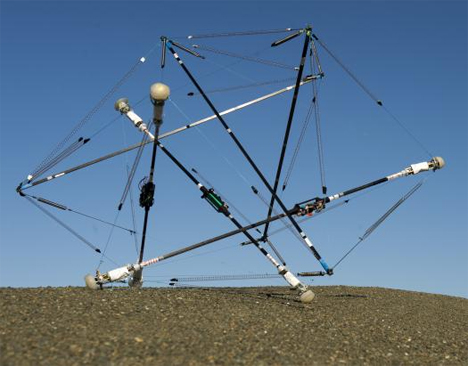 The Super Ball Bot was created by NASA researchers Vytas SunSpiral, Adrian Agogino and colleagues at the Intelligent Systems Division of the NASA Ames Research Center. Its primary benefit is its extremely light weight, but the tumbleweed-like bot is also surprisingly robust. The unusual construction is nothing new; it’s known as a tensegrity structure and was first used in the 1940s, then later explored by Buckminster Fuller. In fact, tensegrity structures are even common in nature – the human spine is a good example. The defining feature is that there are no rigid connections between pieces. 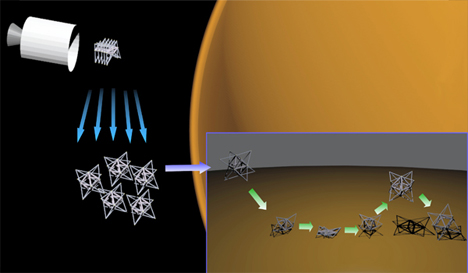 This new class of robot is sturdy enough to survive a drop to the surface of Saturn’s largest moon, Titan. NASA envisions dropping a fleet of the Super Ball Bots to the moon’s surface, all covered in a protective heat shield to keep them from burning up in the atmosphere. Because the gravity on Titan is about one-seventh of that on Earth, the bots would experience a relatively soft landing. Their joints are all able to contract and loosen thanks to a series of motors, sensors, and electronic control systems. This movement will help them steadily roll along Titan’s surface. From time to time, the bots would lower to the ground the scientific instruments suspended in the middle of their bodies to take samples and perform tests. 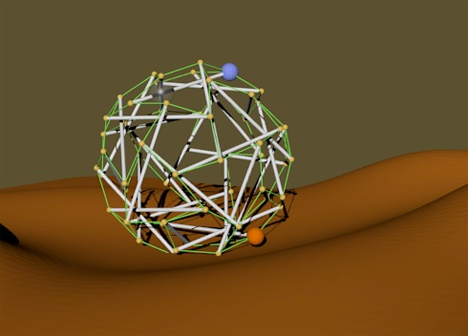 Another benefit of the tensegrity structure is that if one or a few of the components break or fail, the others can still function as a unit. In space exploration, preparing for the worst is the name of the game – and in exploring all the way out there on Titan, you can either get it done the first time or send another mission and wait another three to six years for it to get there. The robots’ control systems will also be outfitted with evolutionary algorithms which will help them adapt to the environment on Titan and let them move around in the most efficient and effective ways possible. The researchers are working on getting their prototype ready for an outdoor rover test facility, but they say the technology has a long way to go before it can be used in an actual NASA mission.

See more in Robotics or under Technology. September, 2014.