10,000+ Subscribers
Creepy Parasitic Jewelry is Powered by the Body’s Energy 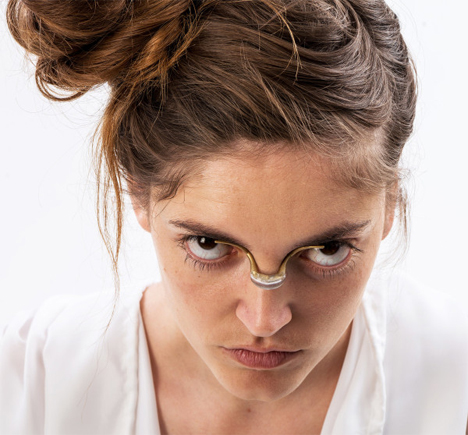 What if The Matrix was right and we are all just biological power sources? The actual physics quoted in the movie aren’t accurate – the human body doesn’t generate “more electricity than a 120-volt battery” – but lots of bio-powered gadgets have shown us that the body can be used as a power source. 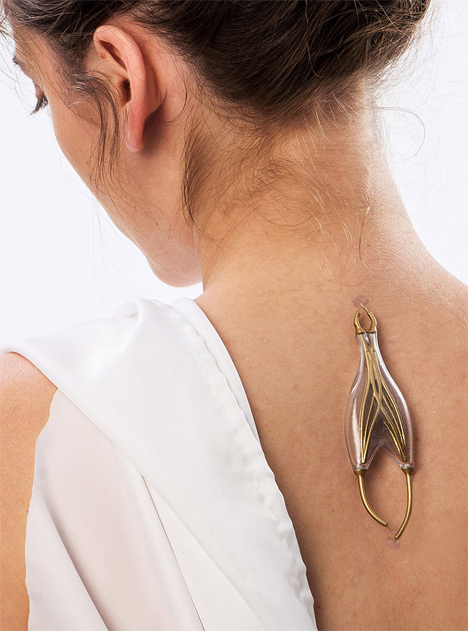 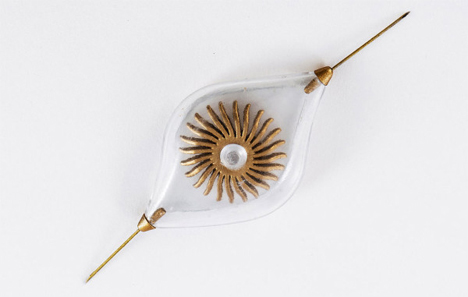 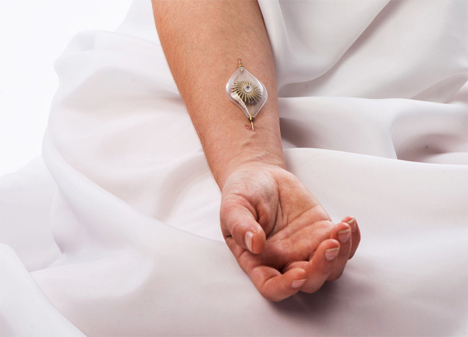 Although the designer is vague about what this energy might be used for, she does emphasize that our natural resources are depleting rapidly. At some point, it may become necessary to harness energy from biological sources in a harmless (though super creepy) manner. 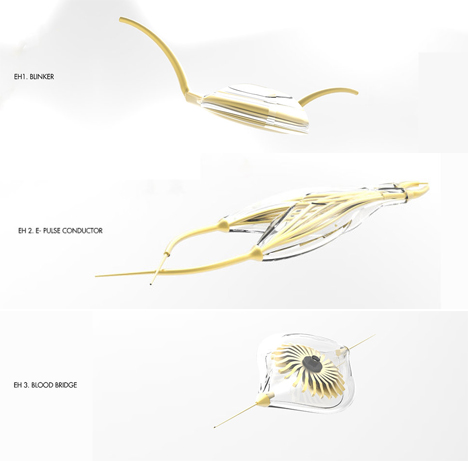 All of the jewelry in the series is parasitic in nature and requires no effort on the part of the wearer. The E-pulse Conductor plugs into the spine via a pair of sharp pincers, drawing power from the user’s nerve activity. Blinker fits over the bridge of the nose like the bridge of a pair of eyeglasses, gathering energy every time the wearer blinks.

Blood Bridge, by far the most disturbing piece, is equipped with two needles that allow a human’s blood stream to pass through a “bridge” containing a waterwheel (blood wheel?) that turns to generate energy. Not to worry – these designs aren’t going to be produced anytime soon. But the designer does bring up some interesting ideas for using the energy we already generate to power the devices of the future.

See more in Unbuilt Concepts or under Technology. September, 2014.