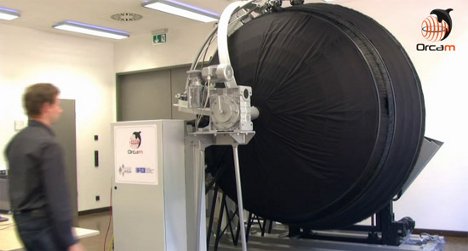 To all of us living in the modern world, it seems only logical that storing objects digitally takes up a lot less space than storing them physically. Unfortunately, digital is digital and physical is physical, and ne’er the twain shall meet – for now, anyway. If this 3D reconstruction sphere being developed by NEK continues to get better and better at creating precise digital copies of objects placed inside of it, we may just be using this method to print out perfect 3D replicas in a matter of years. 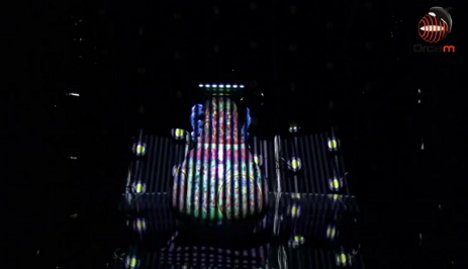 The OrcaM (Orbital Camera System) works by using seven cameras, very precise lighting conditions and some stellar specialized software. An object is placed inside the sphere and the sphere is sealed…and then something almost magical begins to happen. The machinery inside the sphere whirs and clicks and starts “learning” every minuscule detail of the object without touching it even once.

Of course, the current contact-free method could only be used to reproduce a rather simple object. A piece of machinery, for example, would contain too many invisible internal parts for the OrcaM to see and capture. But for items like the vase in the above images, every last millimeter of the real-world object is captured and reproduced flawlessly in digital form.

What good is this technology – other than performing really cool party tricks? This digital imaging system is so accurate that it could be used to produce copies of priceless relics for scientists to study without fear of harming the original. Valuable items could be offered in digital form for potential buyers to examine prior to an auction. Objects could be placed into a digital museum, or simply scanned into a game like Second Life. There are a million possibilities, all of them completely fascinating.

See more in Digital Design or under Technology. February, 2012.