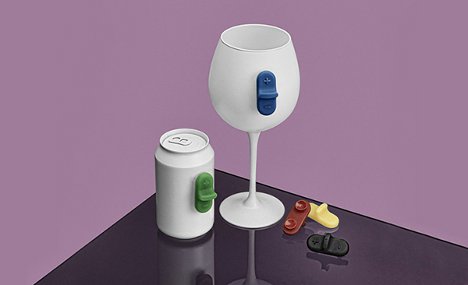 Misplacing the TV remote is a frustrating – if minor – occurrence of modern life. If only your remote control could take on different shapes and sizes as needed, or simply attach itself to less-mobile items like tables or lamps to avoid getting lost in the living room clutter. That’s the idea design student Cleo Jacquet came up with for a design lab called Lazy Bytes. The name of the lab is a reference to Lazy Bones, the title of the world’s first remote control – the lab itself was an exercise in rethinking the design of the ubiquitous remote control. 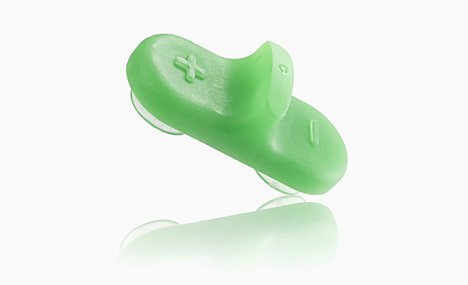 Jacquet’s design is called Freehand, and it is little more than a pair of buttons that attach to other objects with a small suction cup. The device itself is tiny and likely to get lost immediately, but stick it onto something bigger – a beverage glass, perhaps, or a big vase – and it becomes much harder to lose. Clearly the design would need to be expanded and refined quite a bit before becoming a viable retail item (because who has a two-button remote control these days?), but it is a great example of how designers are moving the world toward more and more customizable objects all the time.

See more in Unbuilt Concepts or under Technology. December, 2012.