10,000+ Subscribers
Avian Segway: Loud Bird Gets a Sweet Ride to Keep it Quiet 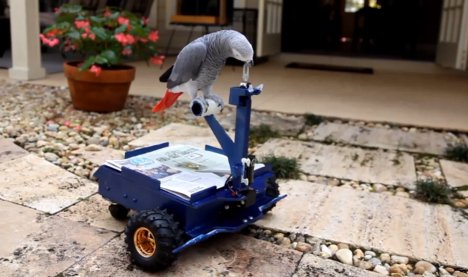 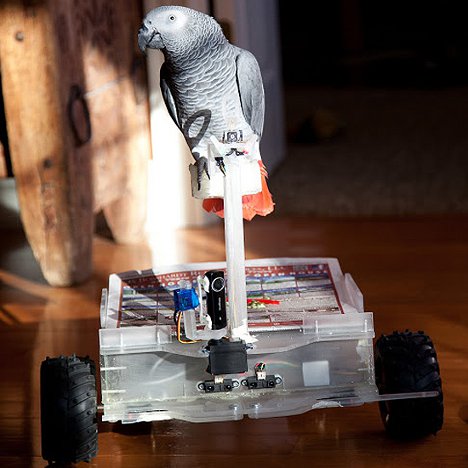 After that fail, Andrew had to work a bit harder to solve his feathered problem. He decided to build Pepper an interactive toy that would keep the bird’s mind and beak occupied. The BirdBuggy is Pepper’s new beak-driven scooter that allows him to be in the same room with his humans, something that seems to keep him happy enough to shut up for a while.

Infrared sensors on the buggy keep it from running into obstacles, but otherwise Pepper is able to “drive” the machine by manipulating a small joystick with his beak. When Pepper decides he’s done living in the fast lane, the buggy can just drive itself back to its docking station using integrated cameras and a homing device.

See more in Do It Yourself or under Technology. December, 2012.