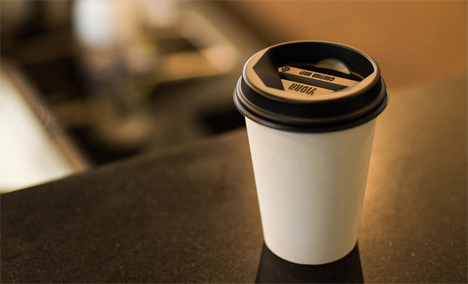 The standard to-go coffee lid is familiar, but flawed. No matter how many cute little plastic “spill protectors” coffee chains use to keep your hot drink from spilling all over your hands, that doesn’t solve the real problem: the plastic lids force you to drink with an unnatural mouth position. The pursed-lips drinking position causes you to miss out on a lot of the aroma and flavor of your drink.

Seattle company Vapor Path has reinvented the way we’ll all drink our coffee on the go in the future. The Viora Lid is designed to mimic the experience of drinking from a ceramic cup, which the company says is the optimal way to enjoy java. Rather than forcing you to purse your lips to take a sip, the Viora Lid allows you to keep your soft palate open as you drink, thus engaging in the type of breathing that allows you to smell at the same time. Since taste is mostly smell, this design will actually make your coffee taste better. 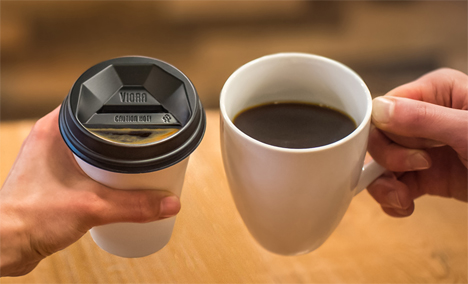 The classic plastic coffee lid was designed in 1986 and really isn’t a bad design at all – but it isn’t as good as it could be. It features a raised drinking surface which makes you sort of suck the liquid out like you’re drinking from a straw, and it allows spills to happen easily when jostled around. When you tip a cup sporting the Viora lid, a drink well on the lid fills up and you drink from that well over a lip, just like you would drink from a ceramic mug. 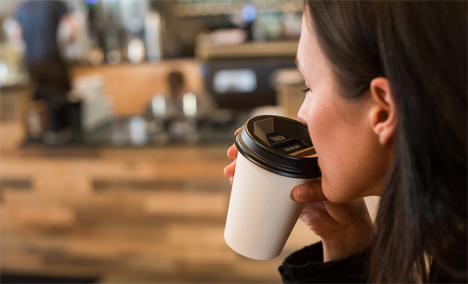 A large nose indentation lets you tip your cup naturally rather than throwing your head back because the lid hits your nose. An aroma hole in the center of the lid allows the coffee’s aroma to reach your senses faster, enhancing the drinking experience. With all of these deviations from the standard to-go lid, Vapor Path hopes to change the portable coffee experience so much that it won’t even feel like you’re drinking from a lid anymore.

The Viora design also happens to be better at keeping your coffee in your cup until you’re ready to drink it. As seen in the video above, the unique design stops the coffee from gushing out when it’s jostled and jarred, unlike a conventional lid which will create an impressive (and painful) geyser when subjected to a hard bump from the side. The company is already manufacturing the lid in the US, so hopefully discerning Americans will finally be able to enjoy their coffee in the way it was meant to be enjoyed.

See more in Industrial Design or under Technology. June, 2014.