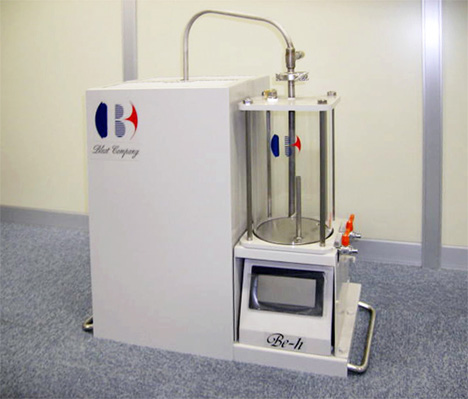 This rather unassuming machine looks a little like a coffee maker, but it’s actually a device that could one day rid the planet’s landfills of countless tons of plastic. This is a plastic-to-oil converter: a small but powerful machine that takes used plastic and turns it back into the oil it was made from. Just one kilogram of plastics (2.2 pounds) nets one liter of oil. It sounds impossible and maybe even a little ridiculous, but it’s for real. The video below explains how the process works.

Akinori Ito, the inventor of the device, doesn’t mention how much electricity is used in the conversion process. But he does state that the CO2 released into the environment from this method a whopping 80% reduction over the alternative disposal method which is, sadly, more often incineration than recycling. That is a huge net gain for the environment – as long as you don’t set a bowl of oil on fire like Ito does in the video. The oil that comes out of the machine can easily be refined into several different types of fuel.

While we really should be looking for ways to reduce our dependence on oil rather than finding new ways to obtain it, this idea could be revolutionary for areas that are running out of landfill space. By spreading the technology around, Ito hopes his unique method of recycling will become the new standard by teaching consumers that plastic is valuable, not trash. The method certainly isn’t perfect – no recycling method is – but it’s a brand new way of thinking that could have long-lasting and far-reaching environmental impacts if it is widely adopted.