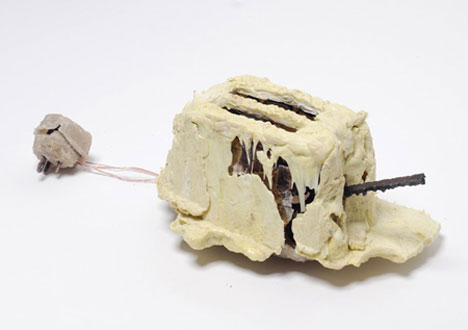 The late, great Douglas Adams wrote in one part of the Hitchhiker’s Guide to the Galaxy series that his hapless hero, once left on a technology-devoid planet, could hardly make a sandwich for himself – much less build a whole toaster. This sentiment is humorous on the surface, but it also perfectly describes our modern society. We have become so dependent on our worldwide system of materials acquisition, manufacturing and distribution that we would not have the first idea how to actually build something from raw materials. Designer Thomas Thwaites, however, decided to give it a try.

The Toaster Project became Thwaites’ attempt to expose how even the cheapest, simplest objects are dependent upon worldwide supply chains and vast networks that are more or less invisible to the common consumer, including those who have the dream of becoming more self-sufficient. He set about reverse engineering a £3.99 toaster, determining which materials he would need, and then acquiring and refining those raw materials. The result was a remarkably ugly toaster that cost Thwaites over £1100 to produce and took him all over Great Britain. 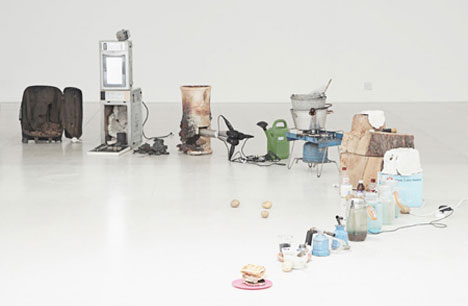 The project is a multi-faceted one that explores the issues of environmentalism, self-sufficiency, macroeconomics, global relations, and sustainability. Just like the Douglas Adams quote that inspired the project, the Toaster Project is funny on the surface but holds a serious message as well: current global manufacturing practices are so intricately balanced that one stumble could bring it all down. And what happens when the raw materials we depend on run out? If our supply chain does not soon begin taking deconstruction into as much consideration as the construction, our future “new” materials are as likely to come from the garbage dump as from a mine in South Africa.

The Toaster Project was completed in 2009, but Thwaites recently gave a TED talk about his experience. The 11-minute talk is an eye-opening (and hilarious) look at just how much work actually goes into making a cheap gadget that most of us take for granted. Would you know how to smelt iron or mold plastic if civilization collapsed tomorrow? Thomas Thwaites would – but you can bet he’ll be charging more than £3.99 for his homemade version of a “cheap” toaster.

See more in Do It Yourself or under Technology. January, 2011.