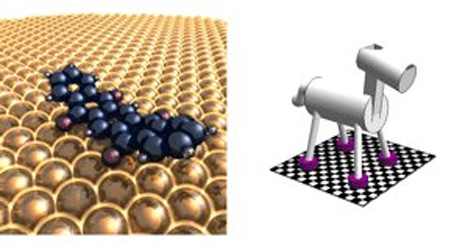 It makes sense that a machine or creature with four legs could outrun a machine (or creature) with two legs, but it turns out that this logic doesn’t apply in the quantum world. Researchers at the University of California, Riverside have made and studied nanomachines with two legs and others with four legs to prove that more legs doesn’t necessarily mean faster locomotion. The bipedal machines seem to be capable of quantum mechanical tunneling, a rather cool phenomenon of the quantum world that takes advantage of small particles’ ability to go through a barrier rather than over it without harming the barrier. But in true perplexing quantum-world fashion, only a small number of particles can achieve this feat at once. Two-legged molecular machines can pop through barriers with no problem, but four-leggers aren’t as lucky – they have to go over the barrier. 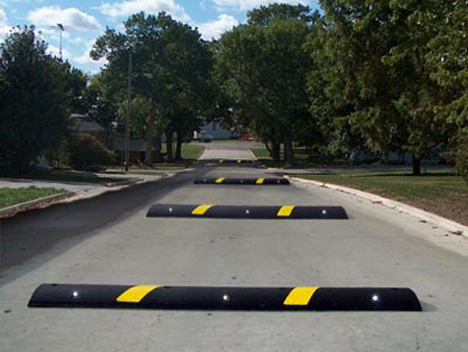 Of course, all that moving over barriers rather than plowing through them adds some travel time for the quadrupeds. In the study, the research group found that four-legged nanomachines moved a million times slower than their two-legged counterparts. According to group leader Ludwig Bartels, “It is like driving on a bumpy road with the wheels of your car going through the bumps rather than over them.” Of course, the study won’t have any real effect on how you live your life or drive to work (sorry to dash those hopes) but the research might some day be helpful in improving data storage or speeding up drug metabolism in the human body.

See more in Quantum Leaps or under Science. September, 2010.