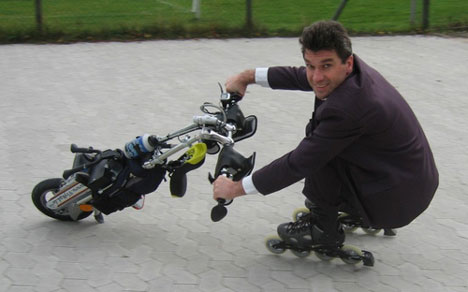 The people who make their huge dogs pull them around while they ride on rollerblades are annoying enough, but imagine seeing someone zipping around with one of these contraptions. The Flyrad Unicycle is basically a motorized unicycle that uses your skate-clad feet as two additional wheels. When you hold it out in front of you it pulls you around – just like a big dog, but without the slobber. 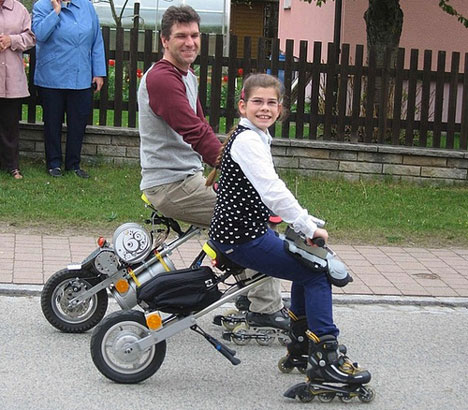 There are other configurations to extend your skating mobility in other ways: sitting on the body of the unicycle and using your legs to hold it up, or squatting down and letting it drag you along. According to the Flyrad website, you can also use the device with other sporting equipment like skateboards or ice skates.

The German company behind the Flyrad says that there will be three sizes of the unicycle available: child, teenager and adult. The adult size can travel up to 50km on a single charge, making it suitable for recreation or short commutes. But whether you’ll want to be seen in public with it is another story entirely.

See more in Mods & Custom or under Transportation. January, 2011.