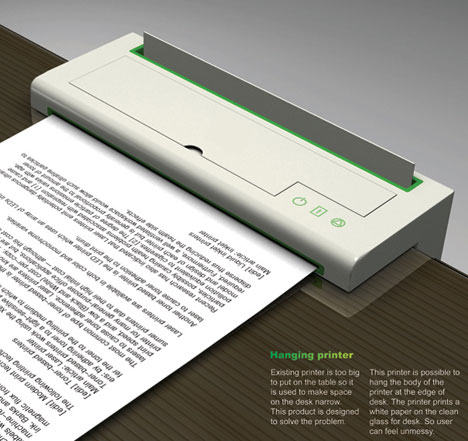 Printers are usually big, unpleasant eyesores in an office setting; they take up way too much room that could be better used for more bobblehead figures and hilarious coffee mugs. This Hanging Printer concept from Jaesik Heo would solve the problem of the mammoth printer by putting it on the edge of a table with the biggest part hanging off of the side. 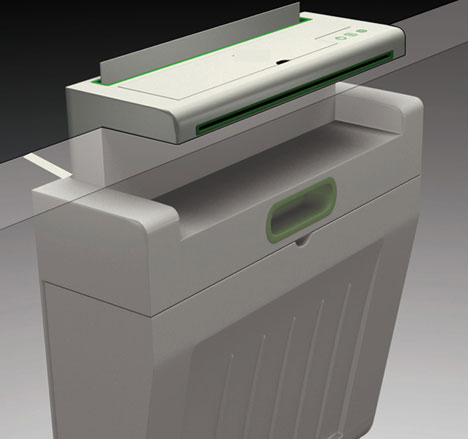 Only a little part of the printer actually rests on top of the table or desk while the rest occupies the otherwise-wasted vertical space on the side of the table. The paper chamber and ink cartridges reside in the hanging portion, but printed documents are fed out on top of the surface.

There are some design questions brought up by this peculiar printer, the most important of which is whether the printing functions would be affected by such an unconventional setup. But whether or not the concept would work in real life is secondary to the wonderfully inventive solution proposed by this design. It’s a novel approach to a problem that nearly all of us have had to deal with at some point.

See more in Unbuilt Concepts or under Technology. December, 2010.