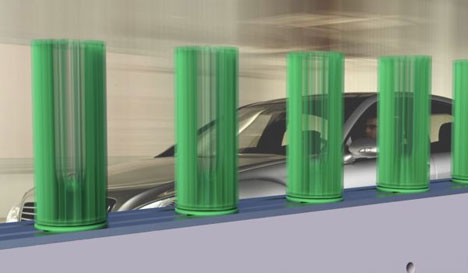 The ability to harness clean energy is all around us – the very air is full of green power possibilities. The Voltair Vertical Turbine is a novel approach to harvesting energy from passing cars: the turbines are turned by cars as they move by in an urban environment. The turning of the turbines creates clean electricity that can be stored and used to power the lights, signs, gas stations, toll booths and service areas lining streets and highways. 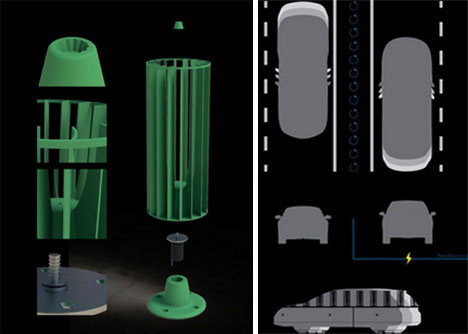 Designed by Portuguese designer Luis Castanheira Santos, the Voltair system makes double use of the fuel already being used to power cars and trucks passing by. The fuel is used first by the vehicles, of course, but is then used again as the air disturbance created by the vehicles’ passing is transformed into electricity.

The designer intends for the turbines to be used along urban streets and highways, where constant and steady traffic would provide plenty of wind to turn the turbines almost perpetually. 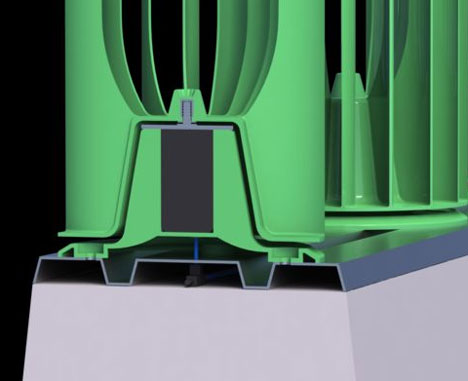 Unlike most traditional methods of electricity generation, this method doesn’t create any additional pollution. Cars and truck, of course, are some of the worst environmental offenders, so doubling the use of the fuel that runs them without doubling their emissions could be a huge environmental benefit to everyone. The biggest benefits may be felt by those living in the urban environment where the clean energy is utilized.

See more in Energy & Power or under Science. February, 2011.