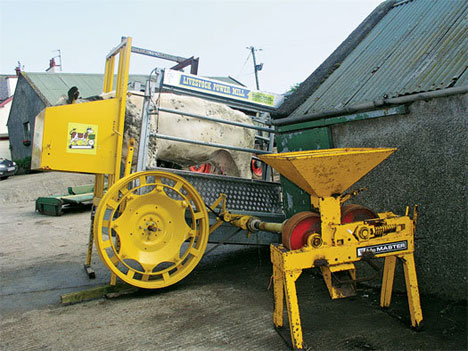 One farmer in Northern Ireland is doing wonders for the public image of cows. The cow farms of the world are blamed for taking up valuable agricultural real estate while producing massive quantities of waste, including climate-changing methane gas. William Taylor may have a way to cut down on these problems while keeping his herd healthy and even producing clean energy. His Livestock Power Mill invention takes a handy bovine characteristic – their propensity for walking up to eight hours a day – and turns it into electricity. 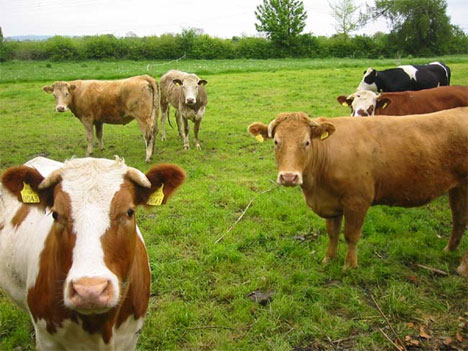 Cows are put onto a small, inclined, non-powered treadmill which they will slide down if they don’t move. To avoid slipping, they walk forward; their motion turns the belt, which spins a gearbox, which powers a generator. It’s a simple idea that could produce as much as two kilowatts a day, or enough electricity to power four milking machines. And while it may seem cruel to pen up the cows in such a tiny space and force them to walk, they would most likely be walking anyway – and a feed box keeps them fed and interested. Studies suggest well-exercised cows produce more milk, so besides producing clean energy the walking cows might even improve farmers’ bottom lines. 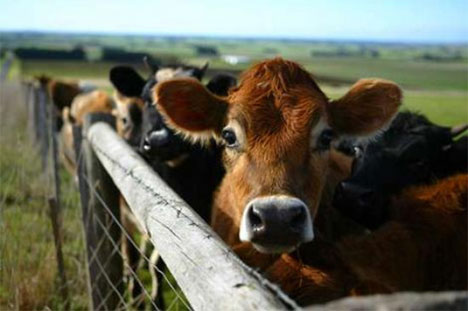 But farmers won’t be the only ones benefiting from this invention: constant exercise may also help to cut down on methane emissions, though that is not much more than a theory at this point. Taylor believes that sedentary humans are more gassy than those who get enough exercise, so the same might be true for cows. If it is, it could have a huge environmental impact: cow gas accounts for up to 20 percent of the world’s methane emissions. A 50-cow system would cost around $100,000 but would pay for itself in energy savings in just three years.