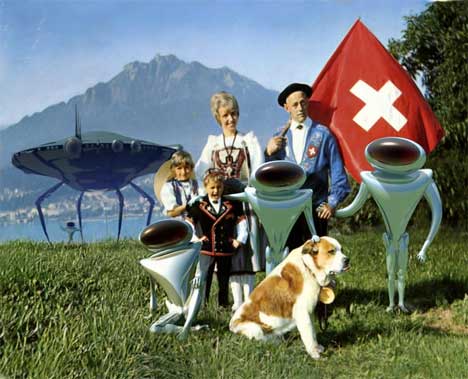 Have you ever looked at old landscape paintings or cheesy tourist-trap postcards and thought they could use a little something more? Italian illustrator Franco Brambilla did, so in 2007 he started embellishing “grandpa’s postcards” with images of invading aliens. He calls the series Invading the Vintage, and it’s all about enhancing old postcard images with extraterrestrial surprises. Not to worry, though – these aliens are mostly friendly. 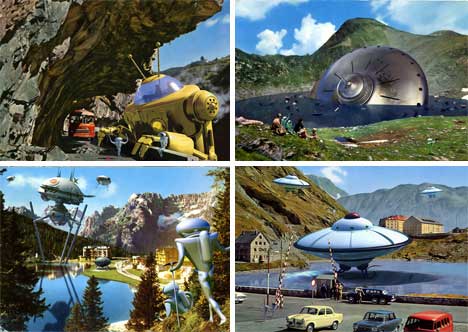 By adding a futuristic and decidedly kooky element to these vintage images, Brambilla creates a whole new past. It’s a past in which our interest in aliens was well-spent because they actually did appear. And despite our worst fears that visitors from other planets would only be interested in obliterating our little space rock, they turned out to be cute and lovable. 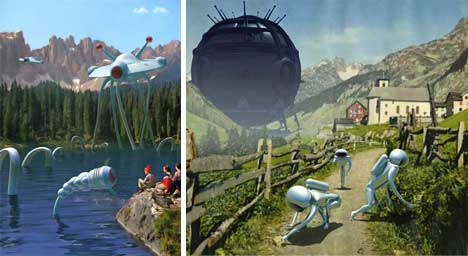 In these strange postcards, peaceful, idyllic scenes are punctuated by little men in space suits, gigantic spaceships hovering above villages, or odd-looking otherworldly creatures interacting with Earth inhabitants. But there’s no screaming, no National Guard hauling out the weapons as one might expect in the midst of an invasion – just peaceful coexistence. 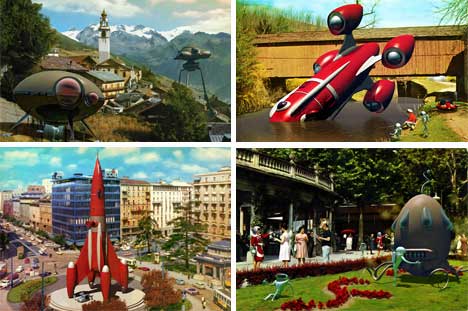 Brambilla’s ability to seamlessly blend the elements of the vintage images with the futuristic aliens and spacecraft is stunning. The little grey and silver men look like they belong in the old-time images of quiet valleys, sunny beaches and busy cities. 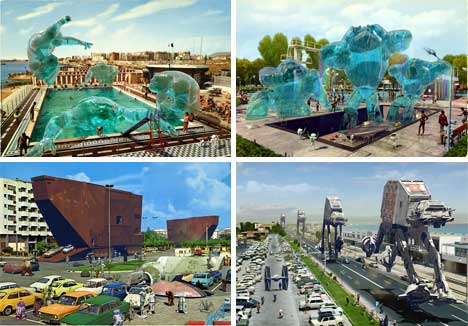 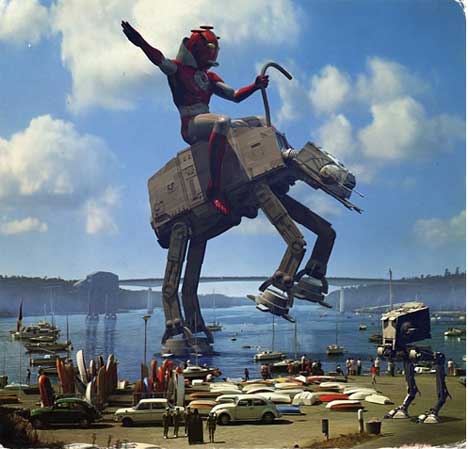 Once in a while, this sci-fi buff’s images tend to stray just a bit from aliens. There are giant robots, water monsters, and even some Star Wars machines to contend with in this weird universe. 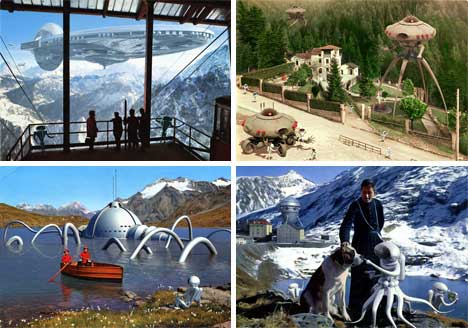 The awesome alternate reality created in Franco Brambilla’s altered postcards draws us in and makes us want more. How great would it be to have alien neighbors and hitch a ride to work on a flying saucer? Fans can continue enjoying the irreverent re-purposing of old art at Brambilla’s Flickr set, Invading the Vintage – it’s an ongoing project, so new images are still being added to the collection.

See more in Digital Design or under Technology. April, 2010.