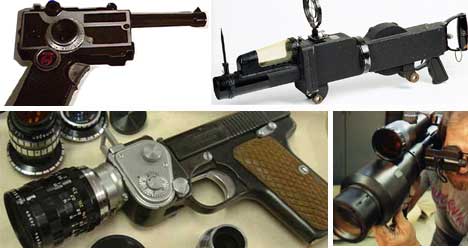 The gun-shaped digital camera we saw recently seemed like a misguided, if somewhat entertaining, pun on the phrase “point and shoot.” As it turns out, it wasn’t the first of its kind. Gun-shaped cameras have been around since at least 1916. These are only a few of the designs that have come and gone in the last century.

Believe it or not, cameras that look like guns haven’t always been exercises in testing limits for design students; some of them have very useful purposes. This gun camera was used to help military trainees develop their aerial gunnery skills. The gun was similar in size, shape and weight to the actual gun they would use later in their careers, and the resulting photographs were used to assess their “shooting” accuracy. 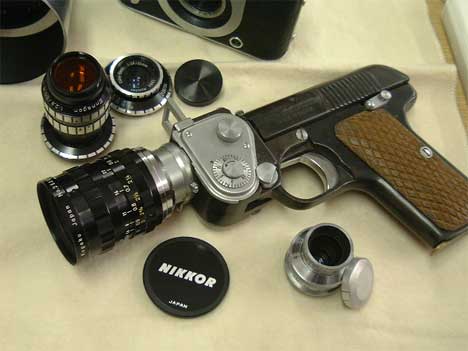 There’s not a lot of information on this handgun-style camera other than it was used by the police at some point. Imagine looking down the barrel of a police officer’s gun, only to hear him say “cheese” instead of “freeze.” 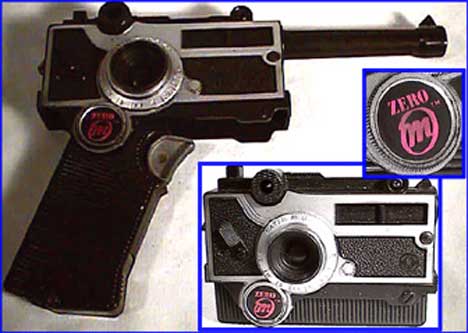 The Agent Zero M Snapshot wasn’t exactly a functional camera, but rather a toy cap gun that could be disguised as a camera. It was made by Mattel in the 1960s, when presumably parents were cool with their children carrying around concealed weapons.

This gun-shaped camera was never produced commercially – rather, it was produced just for a commercial. Visual effects company Modelwerkes put it together for a Toyota commercial. In the commercial, spies used the uber-cool gun to get the first pictures of the brand new Celica. 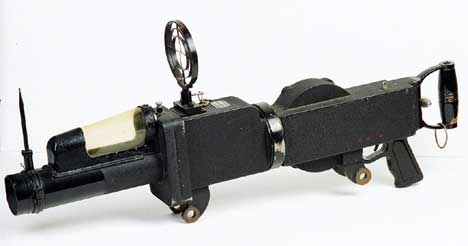 This machine-gun style camera was used in Japan in the 1940s to train aerial gunners, much like the English version above. This model does look arguably more intimidating, though.

See more in Antique Gadgets or under Vintage & Retro. February, 2010.