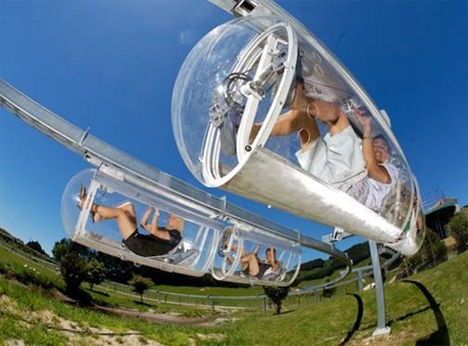 In lovely New Zealand, you can expect to see a lot of things that you just won’t see anywhere else. Add to the list Schweeb: a human-powered monorail. Designed as a zero-emissions commuting method, Schweeb is right now a ride at the amusement park Agroventures. But its designer, Geoffrey Barnett, hopes that one day it can be used on a larger scale to get urban dwellers to where they need to be. 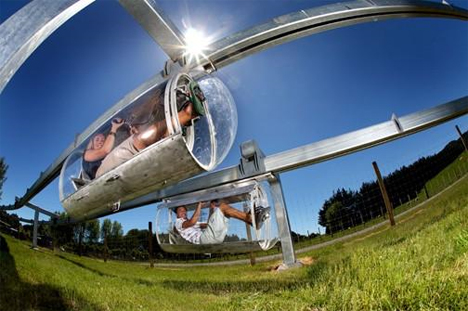 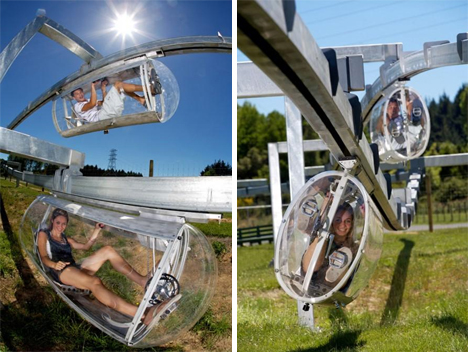 Barnett spent six years developing the Schweeb system and fine-tuning its mechanisms. Simply put, it consists of a long track with individual pods hanging down. Each pod is powered just like a recumbent bike, with the user seated comfortably and pedaling. The pods swing freely on the track and can swing out as much as 60 degrees when turning tight corners. It may sound like a difficult job, especially for an amusement park ride, but the pods move quite easily and can reach speeds of about 30 MPH for the average user. With optimum conditions and a fast rider, they can go even faster. 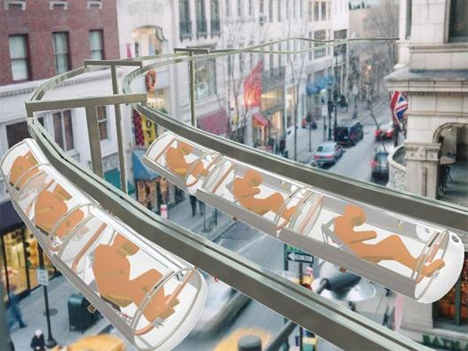 Ideally, if this mass-transit concept is ever put to use, there would be tracks leading all over the city. Riders who need to exit would simply use one of the off-track stops rather than making commuters behind them stop as well. When a faster rider comes up behind a slower rider, there is minimum impact and the two pods actually work together to move more efficiently. Overall, it’s a great concept, but due to the completely new (and extensive) infrastructure it would require, we can’t say that it seems likely to be put into place anytime soon. It does look like tons of fun, though.

See more in Mass Transit or under Transportation. October, 2009.