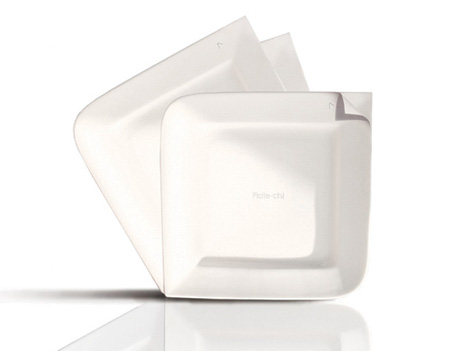 Try as we might to get people to be more environmentally friendly and stop using disposable plates, they will probably always continue to use these paper and styrofoam nightmares. Instead of trying to eliminate the very idea of disposable plates, designer Sahar Madanat Haddad took a different approach: she redesigned them to have a little less impact on the environment overall. 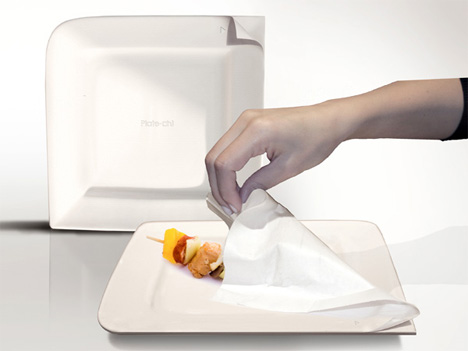 The Plate-Oh Disposable Plate is designed to be used up to ten times. When someone uses a paper plate to eat a meal, only the top layer gets soiled, but we still throw away the entire thing. Haddad wondered why we couldn’t simply peel off the top layer of the plate and continue to use the rest of it. 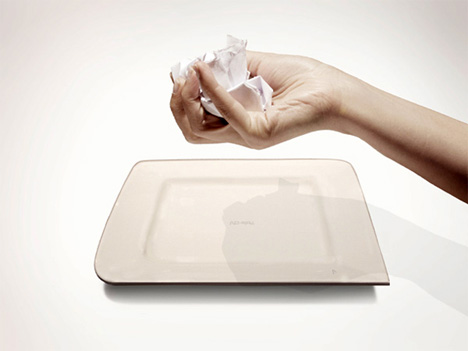 Her concept is based on exactly that principle. The biodegradable paper plate is made of unique pressed layers that easily peel apart as they are used. Ultimately, each plate only uses about as much material as a conventional paper plate so there’s no additional waste to deal with. In fact, according to the designer this quirky idea should also be admired because it can save on the water and soap needed to wash up conventional reusable dishes.

See more in Industrial Design or under Technology. April, 2013.